State employees earn at least 25 percent more than similar non-government workers in Connecticut, according to the Yankee Institute’s latest study.

It will take time to fix but we need to start today.

A Note From the Yankee Institute

Since 2011, Connecticut lawmakers have passed the two of the largest tax increases in state history. Even with this huge influx of taxpayer dollars, the state is projected to be in deficit again by 2017. Taxpayers are shaking their heads in frustration and asking: Why?

Part of the reason is because portions of the state budget are growing at a much faster pace than the economy as a whole. In particular, the growth in pay and benefits of state employees — which already accounts for more than a third of the state budget — is far outpacing Connecticut’s economic growth. This study examines how public employees are compensated, and why the growth in state worker compensation has become unsustainable.

If Connecticut public employees were compensated at similar rates to private employees, the state would save between $1.4 billion and $2.5 billion a year. This lopsided compensation has consequences. Despite hefty tax increases, lawmaker have still had to cut discretionary spending – and prospective deficits jeopardize funding for items including roads, schools and social services for the poor. In addition, because lawmakers and union leaders have agreed for years to underfund the expensive pensions offered to state employees, Connecticut now has a staggering pension debt. The state’s attempts to pay down that debt have so far been fruitless.

This paper illuminates a pressing need in Connecticut: For our state to achieve economic stability, public sector compensation must be reformed so that it is sustainable for the future. Otherwise, Connecticut will confront a future characterized by both growing taxes and shrinking public services, where, in a worst-case scenario, it could even become impossible for the state to keep the promises it has made to its employees. Reasonable, moderate reforms now can eliminate the need for more drastic action down the road. Ultimately this is an issue of fairness. Private sector employees are asked to pay more in taxes every year so government employees can earn more than they do.

We need a return to fairness. It’s time to reform public sector compensation. 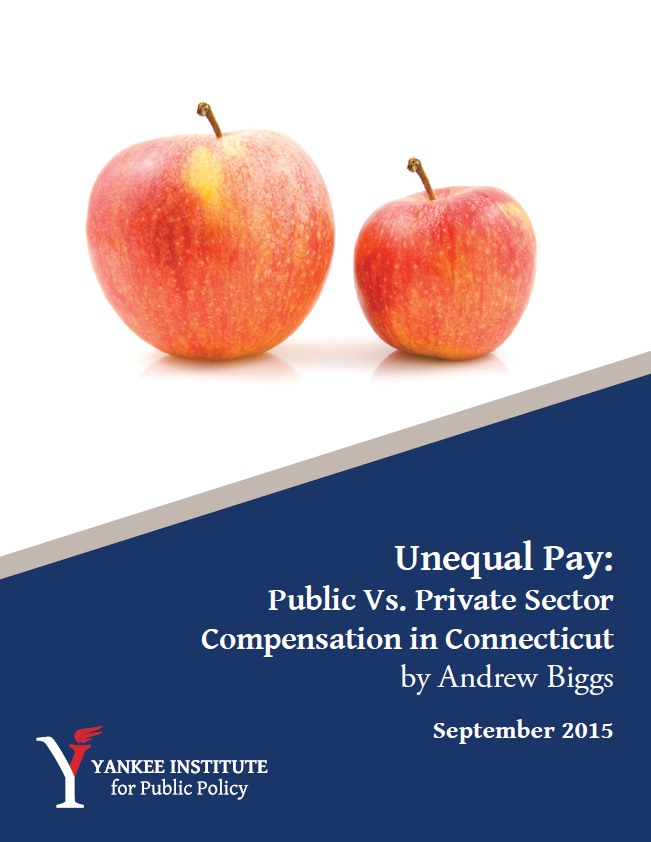