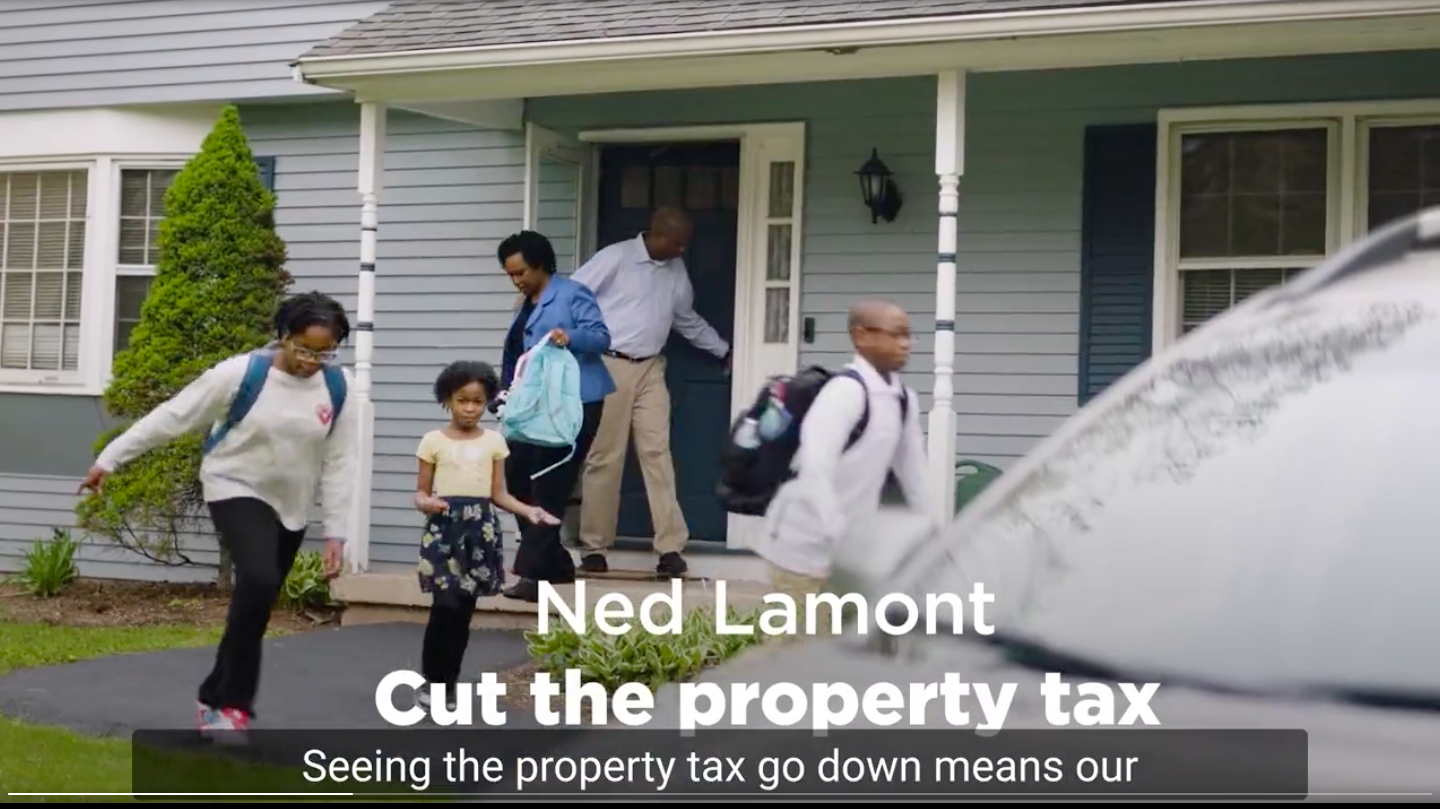 As state government suits up to combat election misinformation, Governor Lamont’s re-election campaign has served up a meaty example of false claims hitting the public.

A television ad released by Lamont’s operation this week features a woman talking about how “seeing the property tax go down means our mortgage will be a little bit lower so we’re finally able to start saving.”

The problem with that assertion? Nothing adopted by the General Assembly and signed by Lamont has directly lowered property tax bills on homes or businesses the way it’s described in the ad—that is, no one is or will be “seeing the property tax go down” in a mortgage payment as a result.

The ad does not say where the woman lives, so it’s not clear how her tax bill has changed in recent years. But given the statewide trend, there’s a good chance her next property tax bill will be higher than the last.

Lamont’s camp is likely alluding to the expansion of the state’s decades-old property tax credit, for which the General Assembly this spring made more people eligible and increased the maximum value from $200 to $300. But the modestly increased credit won’t land on family balance sheets until 2023—and even then, won’t affect mortgages.

This fits in a broader pattern where Lamont has framed credits, payments to local governments, and other tax gimmicks as “tax cuts,” touting them together as “the largest tax cut in Connecticut history.” But Lamont has done essentially nothing to “cut” the state’s sales, personal income, and corporate business tax rates, leaving them at the same elevated levels he inherited from Governor Malloy three years ago—or even to reverse some of the increases Lamont himself signed earlier in his term. The lone exception was the governor’s decision to accelerate a gimmicky income tax exemption for certain retirement income pushed by Senate Republicans and signed by Malloy in 2017 which, strictly speaking, will cut the income tax rate to zero for some retirees.

Lamont in 2018 campaigned on delivering a “property tax cut” in the same misleading style, pledging to using General Fund revenue to cross subsidize property taxes with annual payments up to $1,200.

This approach avoids the more difficult political fights that would be necessary to meaningfully reduce the high cost of local government, chiefly dialing back the power that public-sector unions have over how municipalities and school districts operate. But it also means more, not less, money is coming out of taxpayers’ pockets at the end of the day, since they’re paying higher state taxes to fund the gimmick. And it means the purported “relief” lasts only as long as state finances permit it—as Connecticut residents saw when the state cut the property tax credits amid multiple budget crunches.

The moving parts around state and local taxes are difficult enough for residents to understand without government officials making false claims about them. Lamont, who spent a good part of 2020 swatting down misinformation about the novel coronavirus, should set the record straight.