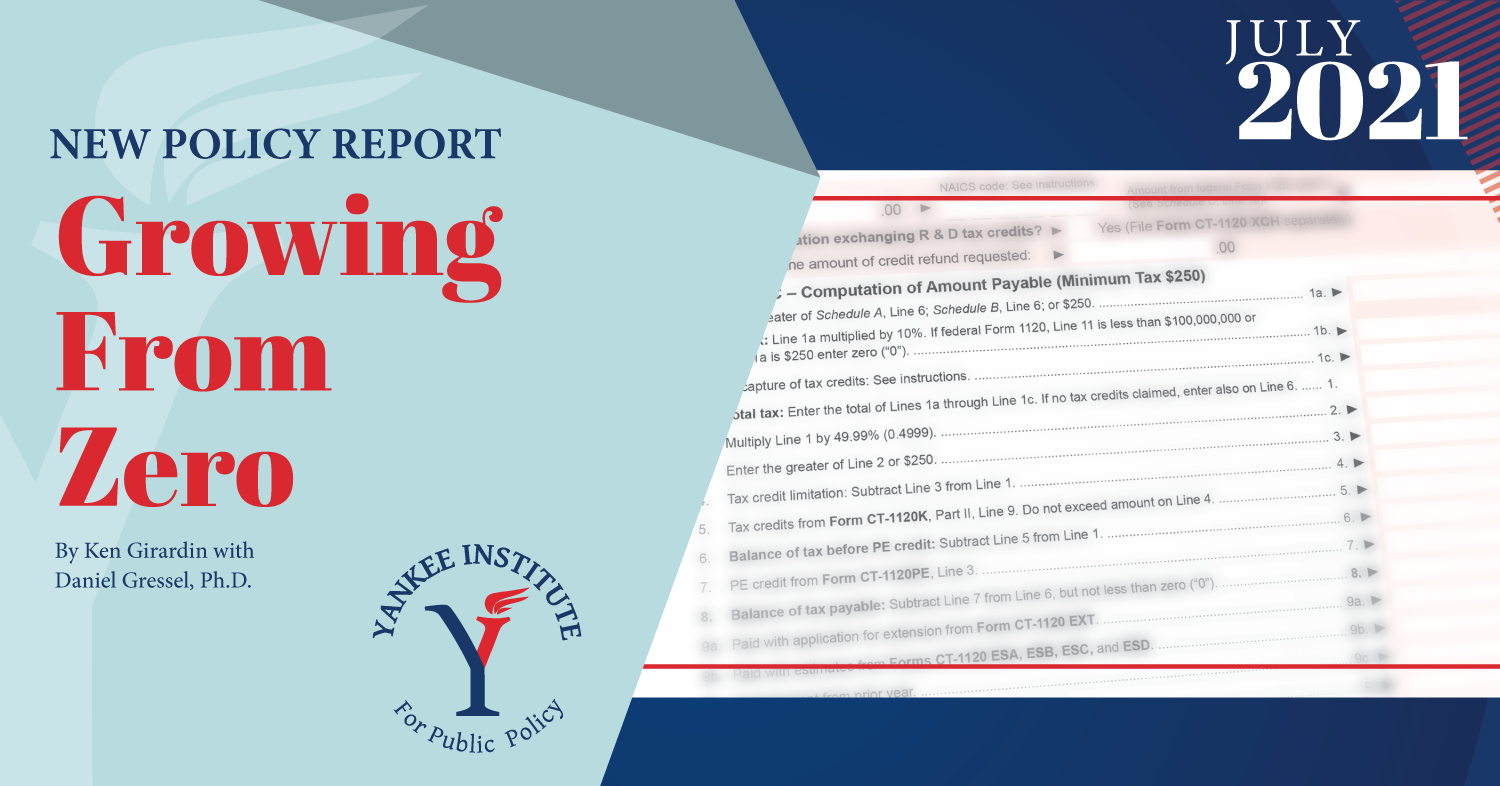 Connecticut missed out on much of a decade-long national economic expansion. The state added essentially zero private-sector jobs between 2017 and 2019, its population was essentially flat during the decade, and it has hemorrhaged corporate headquarters and major employers.

The post-COVID era presents both a threat and an opportunity for Connecticut’s fraught jobs situation.

Employers are re-evaluating their physical office needs as professionals have shifted, many permanently, to working remotely. As leases expire, Connecticut risks bearing an outsized share of cuts to both office space and jobs as multi-state employers face the same policies from Hartford that suppressed growth here in the leadup to the pandemic. On the other hand, this reshuffling event gives us the chance to snag more nimble operations, and jobs, from neighboring states and beyond—if state officials make it worth employers’ while.

But this will require a major departure from Hartford’s current approach of gifting tax credits, grants, and loans to preferred companies without improving the overall business climate. Instead, Connecticut should pursue transformative policy change that benefits new and existing businesses uniformly—and sends a powerful signal that we’re open for business. There is no better target than the corporation business tax (CBT), the state’s 7.5 percent assessment on corporate income (revenues after expenses).
The CBT is a relic from a time before Connecticut had even a general sales tax. The first version of the tax was enacted in 1915 to capture a portion of “corporate excess” and shift the tax burden away from property taxes, on which state operations were partially supported.

In the century since, academic research has shown that corporate income taxes are a greater hindrance to job creation than personal income, sales, or property taxes. Countries, other states, and even Connecticut itself has moved away from the CBT in recent decades. What’s worse, the CBT has morphed over time to benefit compa-nies that could cajole the General Assembly to give them tax credits and exemptions. Now riddled with credits, the state collects only about 84 percent of the intended revenue as favored corporations can slice their liability by up to half. And the pool of accrued credits is now more than the state hopes to collect in the next two years.
Connecticut can and should repeal the CBT because:

The CBT brings in only about 5 percent of Connecticut’s general fund tax receipts, averaging $834 million over the past five years. By comparison, the just-adopted state budget put nearly $1 billion into the state’s already- brimming rainy day fund during fiscal 2022 and nearly $800 million more in fiscal 2023.

The state can further finance CBT repeal by eliminating grants, loans, and sales, and income tax incentives used for economic development, some of which have already been identified by state agencies as costing taxpayers more than they generate. State accounting practices don’t give a reliable read of the total cost of economic development programs, but a partial state accounting indicates $1.4 billion in state “investments” under management—which likely would have translated into more private-sector jobs had funds instead been used to reduce or eliminate the CBT.

Most importantly, CBT repeal would send an invaluable signal to the country and the world that Connecticut is open for business and draw new taxpayers and taxable sales—and most importantly, jobs.

Connecticut politicians have for decades framed the state as a victim of economic circumstances, from the end of the Cold War defense buildup to globalization to Wall Street volatility. The result has been an outmigration of people and capital, and stagnation for those left behind.

Hartford must instead navigate the landscape proactively and capitalize on changing circumstances instead of blaming them. Reform won’t be easy. State officials will have to give up their ability to reward specific activities through the tax code. At a time when Connecticut has a jobs problem, not a revenue problem, repealing the corporation business tax offers a proven and equitable way to get Connecticut working again.