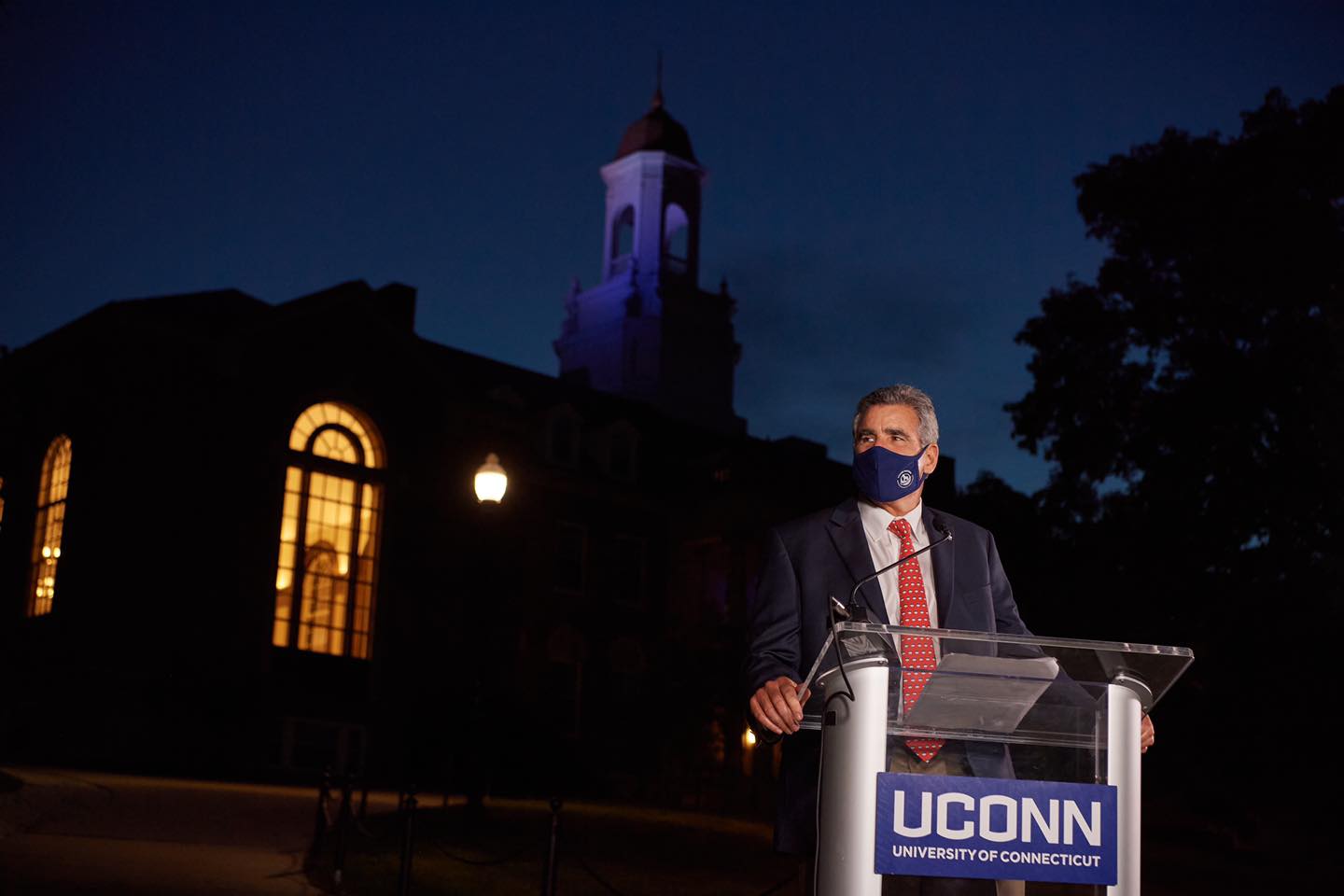 The Finance, Revenue and Bonding Committee approved a bill that would allow $46 million in state bonding for the University of Connecticut to hire more research faculty.

The bill comes as UConn and UConn Health officials also asked the General Assembly to relieve them of roughly $100 million in unfunded pension payments, which they say is causing researchers to take their grants and leave the university for more cost-efficient higher education institutions.

The bonding bill, passed by a wide majority of Finance Committee members, would allow bonding through 2026 for UConn to “commence a research recruitment and hiring program” to find qualified faculty.

“Under such program, the university shall encourage and facilitate the creation of new business ventures in the state that fuel economic growth,” according to the bill.

UConn President Tom Katsouleas testified that the bill “will provide us with the necessary resources to hire 10 new faculty who will turn their research discoveries into new technologies, products and companies.”

According to Katsouleas, UConn’s research programs have fostered 51 new startups and 132 companies since 2003. “Last year our start-ups raised over $463 million in private equity and created 208 jobs,” Katsouleas wrote. “For every research dollar that UConn attracts in externally sponsored research and spends within the state, 80 cents in economic output is generated elsewhere in the state economy.”

“This puts UConn in the position to go out and find the best and the brightest, not only in terms of research but in innovation entrepreneurship,” said Finance Committee co-chair John Fonfara, D-Hartford. “I think that this is one of those votes that when you look back at your time here, you will be most proud of.”

Sen. Tony Hwang, R-Fairfield, said that “this is not to distinguish between some aspects of UConn that need significant discipline and fiscal accountability.”

“But in this case, we’re competing with a marketplace that is world-wide for academic talent, and we can’t be short-sighted in that respect,” Hwang said.

Although the bill was passed on a bipartisan basis, some lawmakers were hesitant to bond state money to pay the salaries of university research faculty.

“I just share deep concerns about the ability of UConn and their management to pull this off given the history of cost overruns, construction overruns and the bad history at UConn Health,” said Sen. Paul Formica, R-East Lyme.

“They have an endowment and if they really believe in this plan they have – and I’ve listened to it a couple times now – why are they not using their endowment in order to invest in themselves for this cause?” Martin said.

“They’re using our money. We have to go bond for it. They have an endowment,” Martin said.

Fonfara said the cost in salaries “will pale in comparison to what they bring to our state” and countered that UConn is Connecticut’s flagship university and a creation of the state and should therefore be supported by the state.

In a presentation to the Appropriations Committee, UConn outlined a loss of roughly $17 million in research grant dollars lost because researchers left for other, lower-cost universities.

The General Assembly and Gov. John Rowland also allowed UConn to issue $2.4 billion in bonds for the UConn 2000 project, which, at the time, was pitched as a way of preventing “brain drain” by students going out of state for higher education.

The UConn 2000 bond program has been extended several times to allow up to $4.6 billion in bonds, according to the State Treasurer’s annual report. UConn pays the debt service on those bonds.

Fonfara made it clear he saw this bonding program as key to Connecticut’s economic growth and development.

“We have not had net new job growth in this state in twenty years, our wages are stagnant, we’re not very good at building an economy,” Fonfara said. “We’ve enjoyed for decades the legacy of so many corporations some which when the decide they’re going to close or leave we quake because we aren’t building a bench to replace those corporations.”