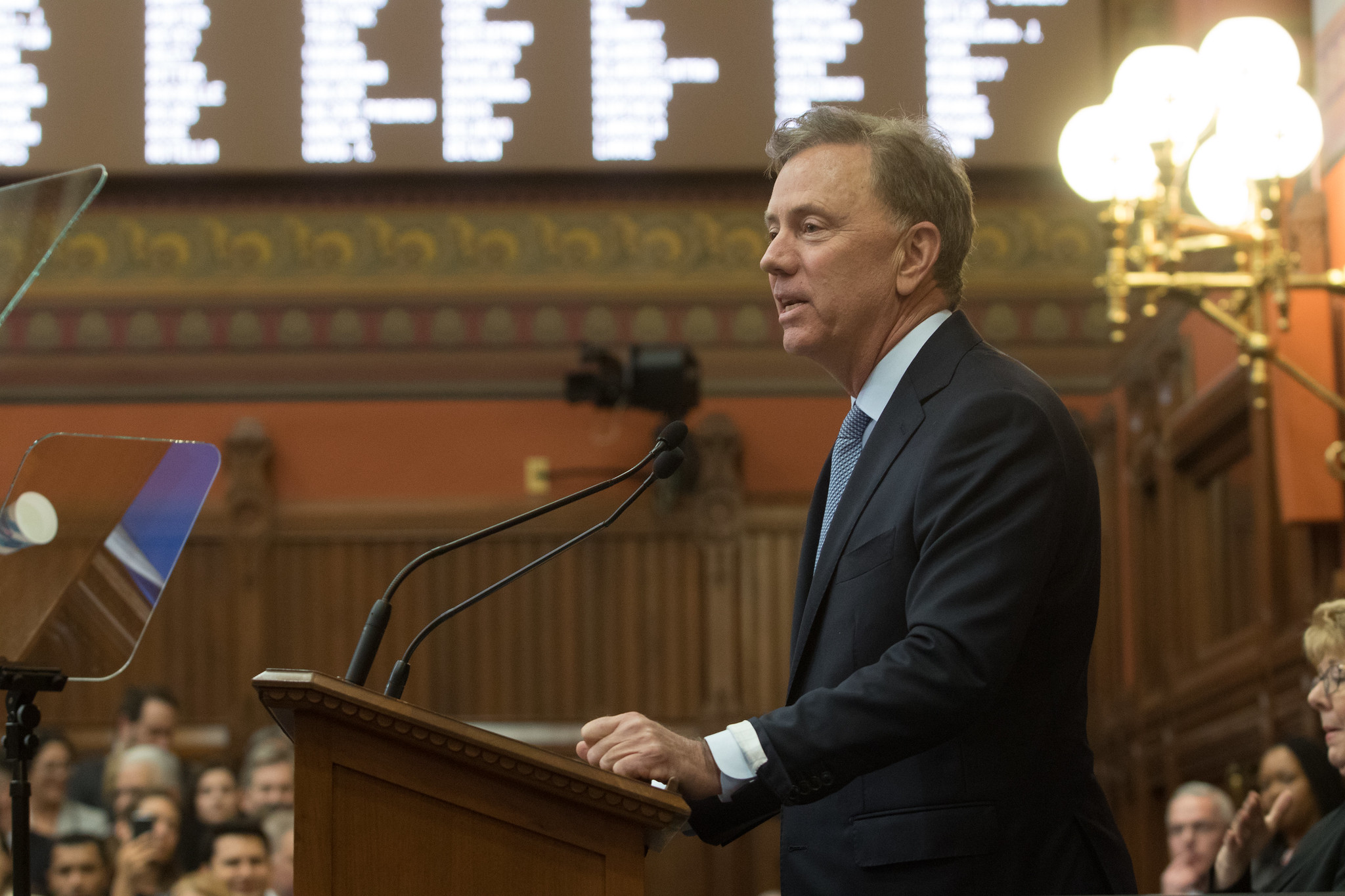 A report to Gov. Ned Lamont on potential efficiency savings for Connecticut’s state government found that many of those savings are hindered by government union contracts.

The Boston Consulting Group estimates Connecticut could achieve upwards of $1 billion in savings as the state faces a retirement cliff with 27 percent of state employees in the executive branch eligible to retire before the end of fiscal year 2022. Lamont hopes to modernize state government through technology and consolidation to function more efficiently.

But some of that hoped-for progress could be hindered by collective bargaining contracts between the state and the state employee unions, according to the report.

“Collective bargaining is important in protecting state employees, but the scale and power of Connecticut’s unions mean that modernization – which is critical to ensuring that state services meet residents’ needs – often happen very slowly, if at all,” the report says.

The state’s ability to consolidate services, transfer an employee to another agency where they may be needed, reward or incentivize performance or reduce the size of the workforce are all governed by collective bargaining agreements and associated legislation, which can be difficult to change.

The report detailed six opportunity clusters for achieving greater efficiency and all but two of them – digitizing resident services and internal processes and designing services to meet residents’ needs — required union approval in some form or manner.

Connecticut’s collective bargaining contracts outline nearly every aspect of an employee’s work-life including scheduling, work hours, work location, discipline and the manner in which employees can transferred to different agencies.

“Furthermore, due to labor union agreements, it can be challenging to make large-scale changes to the structure of departments or agencies,” the authors wrote. “Job functions are often pre-prescribed, with little flexibility compared to what might be seen in the private sector. Any major structure changes should be evaluated accordingly through the lens of labor agreements to ensure that they are feasible and that they will realize legitimate efficiencies in service delivery and cost savings.”

The report also notes that Connecticut’s ability to contract services out to the private sector or nonprofits are likewise hindered by union contracts, noting that “sourcing-related efforts can often encounter significant challenges from the State’s unionized workforce.”

“Collective bargaining agreements can restrict the State’s ability to reduce the number of positions at a given agency, especially if there are not immediate openings where impacted employees can be deployed,” BCG wrote. “Multiple agencies observe pushback over seemingly arbitrary details, such as the length of a guardrail along the highway, while statutes also prohibit successful partnerships from being expanded.”

The report goes on to show that outside vendor contracting decisions must be approved by the Connecticut State Contracting Standards Board; require reengagement with labor unions if the proposal would affect more than 100 employees; require review by the governor, Senate president, Speaker of the House and any affected collective bargaining unit and that, despite these lengthy procedures, the state could still face a lawsuit by the union to halt the contract.

But achieving the efficiency savings listed in BCG’s report may be a high hurdle in light of Connecticut’s union contracts and the sheer size of Connecticut unionized state workforce.

More than 90 percent of Connecticut’s workforce is part of a union, according to the report, with some managers now unionizing and joining collective bargaining agreements.

Most of Connecticut’s state employee union contracts are set to expire at the end of this year and the Lamont administration faces several difficult points of negotiation if it hopes to achieve any of these efficiencies.

The State Employee Bargaining Agent Coalition has, thus far, not been receptive to the report – even before it came out.

SEBAC encouraged state employees to not participate in “unilateral and unlawful efforts” by the Lamont administration in compiling the report and has expressed its opposition to implementing many of these changes, instead pushing for Lamont and the General Assembly to raise taxes on Connecticut’s wealthy residents in order to maintain or increase the number of state employees.

“The core purpose of this report is the preservation of a broken status quo,” SEBAC wrote in a statement. “The possible loss of thousands of the state workforce’s most senior and experienced employees is frequently termed ‘an opportunity’ in this report. That opens the door to more austerity and further deep cuts to services, instead of acknowledging the very real challenges facing the state.”

According to the report 8,145 state employees eligible to retire before the end of the fiscal year 2022 and 72 percent indicated they planned to retire when answering BCG’s survey.

Employees who retire before June 30, 2022 will receive minimum 2 percent annual cost of living raises for their pensions. Those retiring after that date will have their COLAs matched to inflation, which can be less than 2 percent per year.

This large-scale reduction of the state workforce would affect some agencies more than others.

“With more than 8,000 executive branch employees eligible for retirement in the next year, the state faces significant risk in our continuity of operations, but also a unique opportunity to reinvent and modernize how we provide services to Connecticut residents,” said Josh Geballe, Lamont’s chief operating officer in a press release.

“We continue to see significant opportunities to further improve services for Connecticut residents while reducing cost to taxpayers, and we look forward to analyzing the additional recommendations provided in this report,” Geballe said.