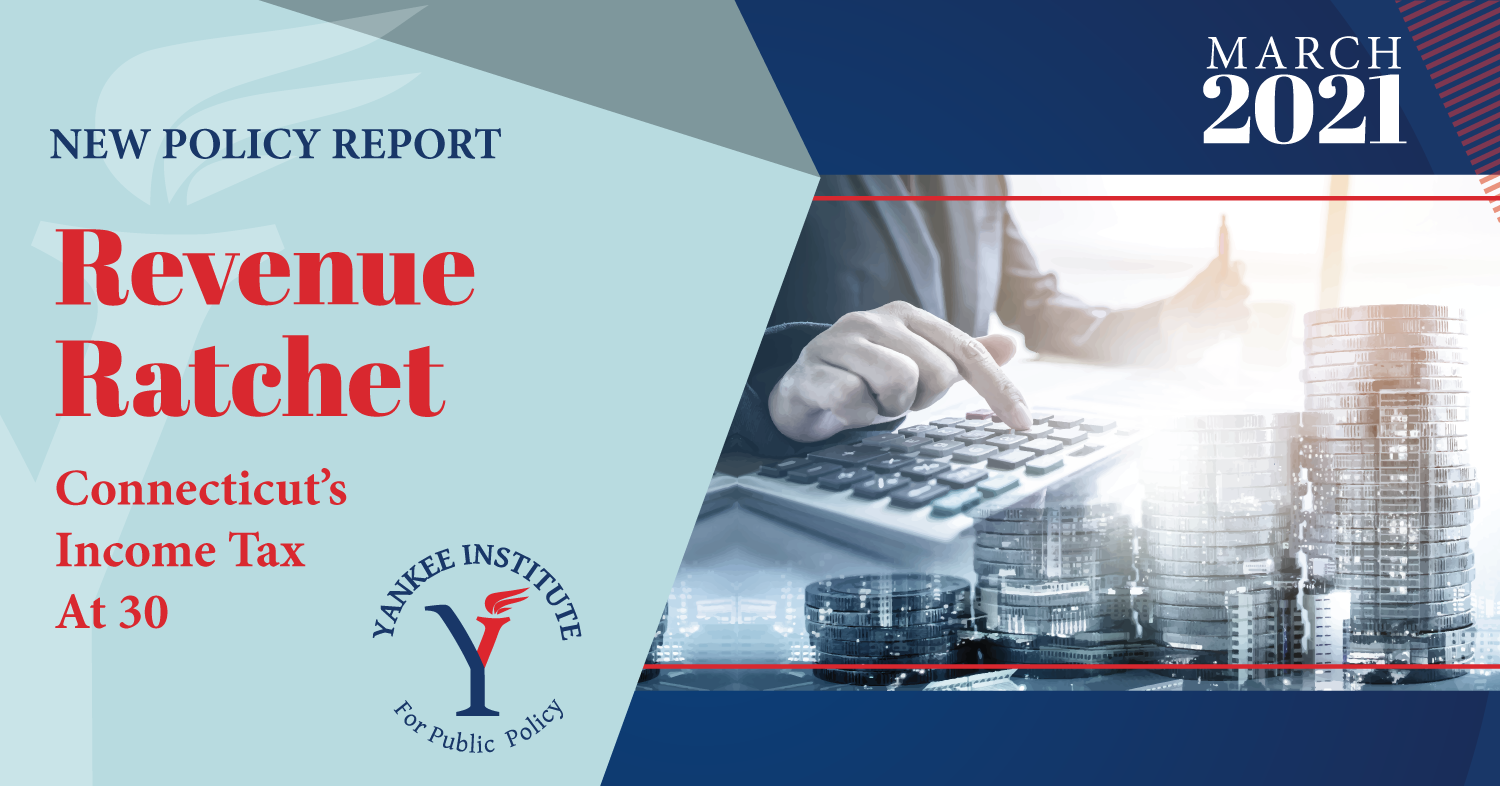 Three decades have passed since the historic budget crisis that culminated in the creation of Connecticut’s personal income tax.

The tax was enacted out of desperation: a roaring private sector buoyed a multi-year explosion in state spending, which left state government deep in the red as the economy slowed and tax revenues sank.

Supporters eyed the income tax as a way to make the state’s tax system less regressive—and to expand the size and scope of state government. And what began in 1991 under Governor Lowell Weicker as a flat 4.5 percent tax on personal income has morphed into a seven-bracket tax with a top rate just under 7 percent. This, the 30th anniversary of the tax, is an appropriate time to re-examine both the rationale behind its adoption and to measure how the tax has performed as a revenue source.

A central argument for the income tax—that unlike a sales tax it would be deductible from federal income taxes—was partially negated in 2017 when Congress restricted the deductibility of state and local tax payments (SALT).

Enacting the income tax allowed other taxes, such as the sales tax and corporate income tax, to be reduced immediately. It lowered the tax rates on capital gains, interest, and dividends.

Those reductions, however, have been partially reversed.

But the primary argument for the state income tax—that it would be a more stable alternative to the state sales tax—has not panned out.

Key decisions in subsequent years—after Weicker left office—allowed the tax to assume its current form, as the tax was first split into multiple brackets and the top rate was increased on a permanent basis. Those changes have exacerbated the volatility by making the state more reliant on taxing investment income, such as capital gains, as opposed to salaries and wages.

Connecticut’s income tax experience has been a cautionary tale about increasing the state’s reliance on higher-earners. Governor Lamont and the General Assembly should: