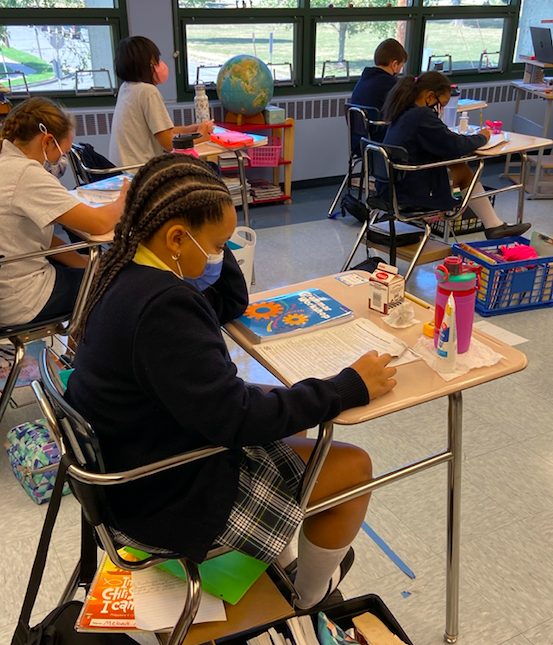 Members of the Finance, Revenue and Bonding Committee today heard from a diverse swath of individuals and organizations supporting a proposed state tax credit for donations to scholarship granting organizations.

Nonprofit scholarship organizations, parents, representatives of Black Lives Matter and national think-tanks like the Heritage Foundation and the Cato Institute all offered testimony in support of the tax credit, which is currently allowed in nineteen different states.

However, those nonprofit organizations say a state tax credit would spur more private donations to help more kids attend a private school of their parents’ choice.

Carolanne Marquis, Executive Director of the CEO Foundation, said her organization had to turn away 222 qualifying families for scholarships this past year because of a lack of funds.

“Providing tax credit to donors to SGO’s like CEO will enable us to increase the number of qualified students through the generosity of those who support our children,” Marquis wrote in her testimony. “This bill will leverage more private donations and pull more money into education.”

“This will give us a way to go out to people and say this is another way that you can earn some credit, but we can give more scholarships,” Marquis told committee members.

Hartford mother Natalie Langlaise testified that her son’s emotional and learning problems “fell through the cracks” while he was attending the Martin Luther King Jr. School, despite her efforts to get him specialized help.

Langlaise claims her son was transferred to the Sarah J. Rawson School where the situation worsened, experiencing “teacher abuse, intimidation, isolation and neglect.”

“By March of 2019, things at Rawson turned so ugly that I was compelled to remove by son from [Hartford Public Schools],” Langlaise wrote in testimony. “The HPS district left us hanging – my only choice was private school and to my despair the district will not pay.”

Similar tax credits are offered in a number of states, with the largest and oldest programs in Arizona and Florida. In 2020, organizations in Florida awarded scholarships to 100,028 students and Arizona awarded 65,551 scholarships through two tax credit programs offered by the state, according to a comprehensive report by EdChoice.

Because the scholarships rely on private donations, it doesn’t take money out of the public school system.

However, lawmakers wrestled with the idea of creating a new tax credit program when the state already underfunds its Payment in Lieu of Taxes program, meant to support municipalities with nontaxable properties.

“Given where we are on a tax basis, given the pandemic, my concern is constraining the revenue of the state. We already have an unfunded PILOT obligation to our municipalities,” Meskers said. “So my concern with the tax credit is that it draws from the state some of the tax revenue.”

But, with much focus on Connecticut’s education achievement gap – particularly throughout the course of the pandemic in which many children failed to log on for distance learning – supporters said the state should help levy private resources to support alternative education opportunities for low-income children.

“On an optimistic note, today my son is doing much better,” Langlaise wrote, noting that she still struggles to pay for his tuition after losing her job due to the shutdown of businesses during the pandemic.

“He no longer experiences bullying, nor is he being teased and taunted about his weight,” Langlaise wrote. “He is not being suspended in school or out of school for regular development errors, and most importantly he feels safe and school, he feels cared for by his teachers and principal and he is growing academically.”