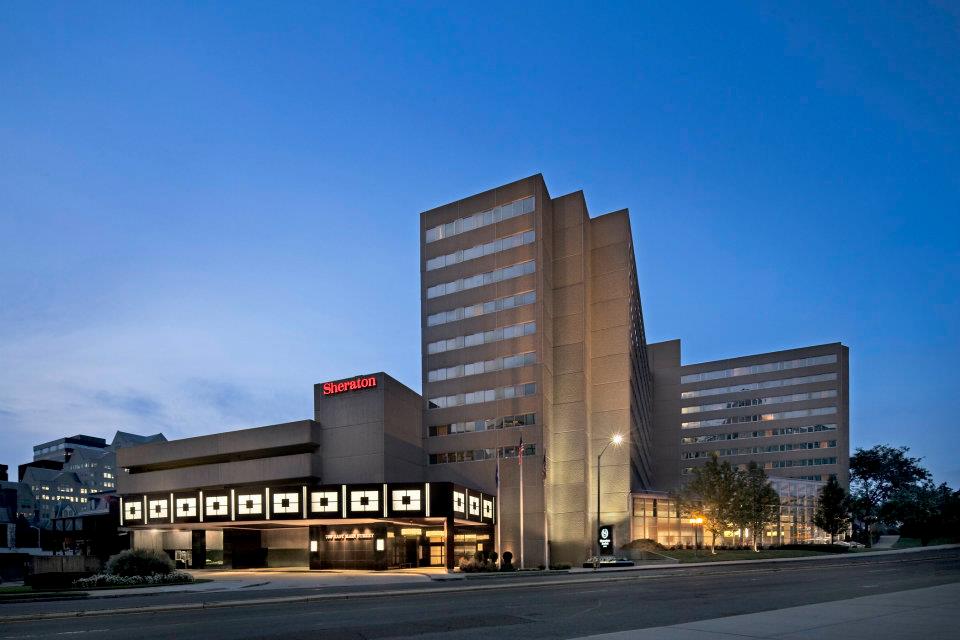 The Connecticut Restaurant Association estimates that as many as 600 restaurants have closed permanently as a result of the COVID-19 pandemic and subsequent business restrictions but another wave of closures in the leisure and hospitality industry may rest on the horizon: hotels.

Already a handful of large hotels in Connecticut have closed permanently due to the pandemic lockdown including the Stamford Sheraton Hotel, Homewood Suites in Hartford and the Red Lion Hotel in Cromwell. The Hartford Hilton and Red Lion Hotel in downtown Hartford are both looking for buyers, warning they may also be forced to close.

Bed & breakfasts have either temporarily closed or converted back into single family residences, according to Ginny Kozlowski, head of the Connecticut Lodging Association.

In July the Hartford Marriott Downtown and Hartford Hilton laid off 300 employees. According to the WARN notice filed the Connecticut Department of Labor by the Hartford Marriott’s management company, “We are only now beginning to see the true impact of COVID-19 on the Hotel’s business operations presently and into the future, which is much more detrimental than originally anticipated.”

There were 369 hotels in Connecticut supplying 26,000 direct jobs and supporting roughly 76,000 indirect jobs prior to the pandemic, according to figures from the American Hotel and Lodging Association.

Since then the industry has shed an estimated 9,900 direct jobs and another 17,700 indirect jobs in Connecticut, according to the AHLA, and both the organization and industry leaders in Connecticut are warning that without another federal aid package that number will climb much higher.

Hotels, often backed by large corporations, may be able to close temporarily or hold out longer under limited capacity than many restaurants, but that doesn’t mean they can hold out forever.

Nationally, the hotel industry is seeking billions in federal bailouts. Hotels with fewer than 500 employees were eligible for federal loans under the Paycheck Protection Program, part of the federal CARES Act, but the industry says more aid will be needed to keep hotels afloat.

In Connecticut, 275 non-casino hotel companies received PPP loans totaling $61.9 million with an average loan of $225,112, according to federal data. The amounts ranged from $5.3 million to Merritt Hospitality, LLC in Norwalk to little more than $1,000 for Hunter Valley Hospitality LLC in Stamford.

Complicating the issue was that PPP loans were meant to help those companies make payroll and could not be used to pay for fixed costs like debt payments. The PPP loans were for up to 250 percent of payroll costs but, according to the national AHLA, the first stimulus package wouldn’t help hotels beyond eight weeks.

“This limit will not allow a business owner to meet both payroll and debt service obligations beyond an estimated 4 to 8 weeks,” said AHLA President and CEO Chip Rogers in March 26 press release. “The outlook for the foreseeable future is zero revenue for most hotels. If a hotelier cannot make debt payments the business will go under and the jobs are lost.”

In December of 2020, Congress approved and President Donald Trump signed into law another round of short-term relief, which the AHLA applauded, calling it a “critical lifeline.” However, they say longer-term relief is still needed as the coronavirus pandemic continues to depress travel, business and the economy.

AHLA estimates that without another federal stimulus package for the hotel and lodging industry, up to 247 hotels in Connecticut could close or face foreclosure proceedings and upwards of 25,000 more jobs could be at risk.

As much as the State of Connecticut may try to help, the funds needed to maintain larger hotels are probably more than the state can afford.

Communications Director for the Department of Economic and Community Development Jim Watson says the DECD has been working with the Connecticut AHLA but cannot speak to their pursuit of federal funds.

“We are severely impacted by the pandemic,” Kozlowski said. “We need federal aid, we need hundreds of thousands. Five thousand won’t even pay the electric bill.”

Both Matiatos and Kozlowski say that large downtown hotels face the most risk, reliant on business travel, conferences, tourism and big events that take place at venues like the XL Center.

“If you go to Hartford, Stamford, New Haven, their occupancies are much lower than the state average. They’re dependent on big groups and people aren’t gathering in groups,” Matiatos said.

Statewide, the average occupancy levels for hotels and other lodgings sits at about 40 percent, according to Matiatos, but he says that location matters. “For the downtown hotels, occupancy is more like 25 percent.”

Travel restrictions for both leisure and business have also played a big role in the loss of hotel business, not to mention fewer prospective college students and families traveling to visit university and college campuses.

Kozlowski says that during the summer months there was a slight increase in leisure travel but since fall those numbers have dropped off, and the loss of business travel “has been the hardest part.”

The pandemic-related drop off in hotel occupancy is affecting the state’s bottom line as well, with the state’s Room Occupancy Tax down 54.8 percent or $27.5 million for the 2020 fiscal year, according to figures from the Department of Revenue Service.

That loss is tempered by the fact that Connecticut’s total sales tax revenue for FY 2020 was up by 10.9 percent and total overall revenue by 4.5 percent.

Despite the on-going pandemic, some hotel owners and developers see light on the horizon. As the COVID-19 vaccine is distributed throughout the country, the hope is that travel – both leisure and business – will begin to rebound.

Kozlowski says some developers are moving forward with planned hotel projects in anticipation of life returning to some semblance of normal.

And with a new president, House of Representatives and Senate about to be sworn in, hotel companies – like so many others – are hoping that a new federal stimulus bill will help bail out the struggling industry.