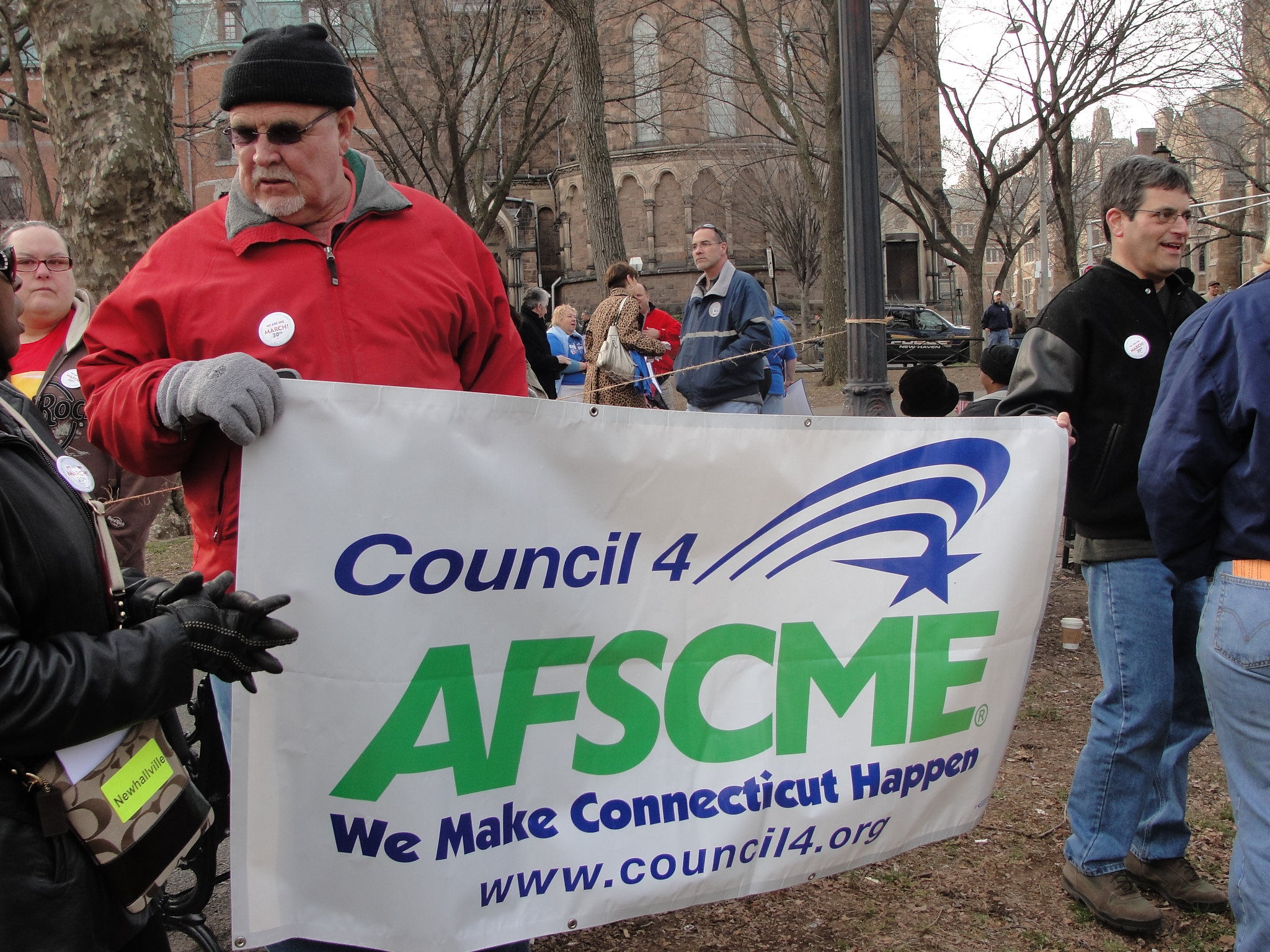 AFSCME International removed New Haven Local 884 President Doreen Rhodes and Treasurer Carl Alford from their positions in the union and issued them two-year suspensions after AFSCME’s Judicial Panel determined they had knowingly withheld up to $90,000 in dues payments and tried to interfere with AFSCME Council 4’s attempts to collect the money owed.

When Council 4 Executive Director Jody Barr attempted to place Local 884 on centralized dues collection – meaning members’ dues payments would go directly to Council 4 and then be remitted to Local 884 – Rhodes allegedly intercepted the letter to the City of New Haven so that nothing was changed.

“This was not an example of innocent oversight,” wrote Richard Abelson, the Judicial Panel Chairperson of AFSCME International, AFL-CIO. “This represents a systemic failure to meet the basic obligation of Local 884 to pay its per capita payments in accordance with the Local 884 Constitution, the Council 4 Constitution and the International Constitution.”

Local 884’s officials defended themselves by saying that the arrearages were due to the treasurer battling illness and that all the money was eventually paid back. They argued that the complaint filed by Council 4 and Local 884 member Justin Augustine was a matter of retaliation.

They also accused Barr of intimidation, sexism and racism, accusations the Judicial Panel labeled “completely unproven and, on their face, absurd.”

Other allegations against Local 884 leadership included collusion with management to not represent a member properly and improper salary compensation of the elected officers. The Judicial Panel dismissed these additional charges, saying it was beyond their jurisdiction.

However, the panel found Local 884’s officers were guilty of failing to remit dues payments to Council 4 in a timely manner, providing accurate financial reports to membership, filing false per capita reports and “the refusal or deliberate failure to carry out legally authorized decisions and the interference with an official of a subordinate body in his discharge of his lawful duties,” stemming from Rhodes’ attempt to block centralized dues collection.

Issues at Local 884 in New Haven were first brought to light in a February 2020 article published by Yankee Institute, as the New Haven 911 dispatchers voiced displeasure with Local 884 and wanted to break away to form their own union.

At that point in time, according to the AFSCME decision, the Local owed $90,000 in dues to Council 4, but Local 884 elected leaders were continuing to receive their stipends from Council 4

Local 884 member Justin Augustine who filed the complaints with AFSCME International said at the time Local 884 was not representing him and his fellow 911 dispatchers properly and was receiving push-back from Local 884’s leadership.

The Local is comprised of over 400 members in a range of services, from 911 dispatchers to librarians.

Augustine wasn’t the only member with complaints about how leadership was representing. AFSCME’s Judicial Panel briefly examined some of the other issues but could not make a definitive ruling because they involved local collective bargaining agreements and memorandums of understanding.

AFSCME’s Judicial Panel, however, said Augustine “acted outside the lines when he contacted and interviewed with the Yankee Institution [sic], an anti-union, right-wing organization,” but noted it had “nothing to do with the legitimacy of the charges he has brought against the leadership of Local 884.”

Local 884 President Rhodes and Treasurer Alford were removed from their offices and are on suspension from holding any union office within the AFSCME Federation for two years.

The other seven officers and board members of Local 884 were also found guilty of failing to remit dues, interfering with Council 4 and filing false per capita dues reports and were given severe reprimands “and an order not to repeat the circumstances which gave rise to the charges,” according to the decision.