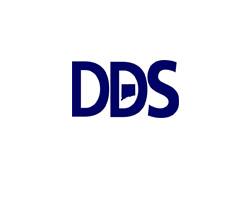 The Department of Developmental Services paid over $1.5 million over the course of two years for a child who had moved to Massachusetts, according to a new audit of the department.

“The department paid approximately $1,569,480 for services from January 2017 through June 2019 for an individual who was not eligible for DDS services,” the auditors wrote.

According to DDS, they were not informed that the child’s mother had moved to another state.

“Upon discovery, DDS worked with the family to obtain a commitment from the state of Massachusetts that the City of Springfield would be responsible for the individual upon the child’s registration by the mother in the Springfield School system,” DDS wrote.

“It took the mother a significant period of time to register the child,” the department continued. “Until the child was registered, DDS continued to support the residential placement due to the seriousness of the disability and the importance of the continuity of care.”

DDS discharged the client in June of 2019 and is attempting to pursue a claim against the State of Massachusetts to get the money back, but there has been no reimbursement as of yet.

The auditors also found more than $1.2 million in “unsupported Medicaid claims” and “lost billing revenue” totaling more than $2 million, which, the auditors contend, should have been reported to the State Comptroller and the Auditors of Public Accounts.

The funds were discovered after auditors reviewed 96 case management files for two case managers and found they did not properly maintain 67 files.

“The files did not contain documentation necessary to support billings for Medicaid waver claims, resulting in $1,203,209 in unsupported paid Medicaid claims and lost billing revenue of $2,054,647,” the audit states.

DDS, however, disagreed that the funds should be reported as lost revenue because “Medicaid revenue is not guaranteed and there are multiple criteria that need to be met in order to collect reimbursement on an individual Medicaid claim.”

The report also found that 22 out of 71 accounts maintained by DDS for people with disabilities exceeded the limits established by Medicaid to maintain eligibility.

DDS said that six of those individuals are in the Med-Connect program, which allows the individual to be employed and retain up to $10,000 in assets without losing their Medicaid eligibility.

The department says that “a committee has been formed to identify and monitor high account balances and appropriately manage individuals’ assets.”