AFSCME Council 4 in the red due to retirement liabilities, according to federal filings 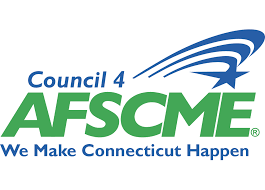 AFSCME Council 4, which represents nearly 30,000 state and municipal employees in Connecticut, is financially under water, according 2019 federal filings with the Office of Labor Management Standards.

The state union currently has liabilities totaling $15 million and only $8.1 million in assets, leaving the organization $6.9 million in the red.

The majority of Council 4’s liabilities are related to post-retirement benefits, which accounted for $13.8 million of their total liabilities.

The retirement liabilities are only for employees of Council 4, not dues-paying members who are covered by state and municipal retirement plans. As of 2019, Council 4 listed 55 employees who received a total of $5.2 million in salary disbursements.

According to the federal LM2 report, Council 4 takes in $8.9 million per year in member dues and in 2019 paid out $847,207 more than it took in through dues, investments and pass-through money to union locals.

A review of past LM2 reports shows the financial situation of the union is becoming worse.

The organization’s liabilities increased $1.5 million over the course of one year, according to the federal documents.

The primary driver of Council 4’s increasing liabilities is its post-retirement benefits, which more than doubled from $6 million in 2010 to more than $13 million in the latest LM2 filing.

Although the union has lost roughly 4,000 members since 2010, its revenue from dues payments has remained relatively flat.

AFSCME International maintains its own pension fund for its employees and, according to a 2020 pension funding notice issued by the union, the pension plan is in relatively stable condition.

According to the notice provided by AFSCME, laws passed by Congress and President Barack Obama’s administration allowed pension plans to calculate their liabilities using average interest rates over a 25-year period.

Prior to 2012 pension plans had to base their calculations on the two-year interest rate, which have been at historic lows and would have driven up the cost of the pension plans significantly.

The law change increased the plan’s funding by nearly 15 percent and lowered the annual required contribution by $255.4 million for the year of 2019, according to AFSCME International.

A review of other Connecticut union federal filings, including the Connecticut chapter of the American Federation of Teachers and SEIU 1199, found both unions are well financed, with assets outweighing liabilities.

AFT CT, for instance, had $6.3 million in assets compared to only $1.1 million in liabilities.

The union’s escalating retirement costs coupled with flat revenue growth mirrors issues faced by the state of Connecticut and many municipalities.

The state of Connecticut, for instance, has $44 billion in assets but $56.1 billion in unfunded retirement obligations.

AFSCME and its affiliate, the AFL-CIO, have worked to block proposed pension reforms at the state level, although the State Employees Bargaining Agent Coalition did agree to implementing a new retirement tier for new employees in the 2017 SEBAC Agreement.