Capitol Update: The onslaught of public hearings has begun 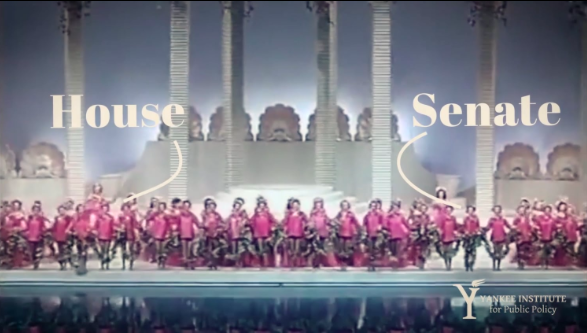 It was a busy week at the Capitol with various committees meeting and holding public hearings. The Progressive Caucus unveiled their legislative proposals this week, and no surprise they are proposing a more progressive tax system including a capital gains tax.  Other priorities include:

•Legalizing recreational marijuana along with expunging the criminal records of many people previously convicted on marijuana-related charges, including economic opportunities for those in poor urban areas to obtain licenses to distribute and sell cannabis products;

Tolls: The plan to run tolls with a synchronized vote in the house and senate failed. The latest plan for the House and Senate splitting the bill in two with each bill authorizing tolls on 6 bridges, one bill beginning in the House, one bill beginning in the Senate, has failed as well. In the end, both chambers would have to vote on and pass the 2 bills. Then the never-ending saga of tolls was postponed until “at least” next week.
Latest: Gov. Ned Lamont has thrown in the towel that the democrats will vote on the truck-only tolls and will instead borrow the money he had planned to get from the toll plan. Yankee will continue to monitor this “tolling” situation and any new twists.

Healthcare: The mandatory vaccination bill garnered much attention this week with an almost 24-hour public hearing with hundreds of people testifying.  The bill would require children to receive all required vaccinations before starting or returning to school in the fall of 2020. While the bill does not force children to be immunized, it would prevent children claiming the religious exemption from enrolling in public and private schools. The bill also grants the public health commissioner the authority to add vaccines to Connecticut’s mandatory immunization list.

Finance Committee: The committee met this week and reserved some bills of interest for a public hearing next Thursday, February 27 at 1:00 p.m.  They include HB 5040: Establishes an excise tax on ammunition; HB 5034: AA Eliminating the Estate Tax; HB 5090: AAC a Surcharge on Capital Gains and a reduction of the Personal Income tax rates on Certain Income.