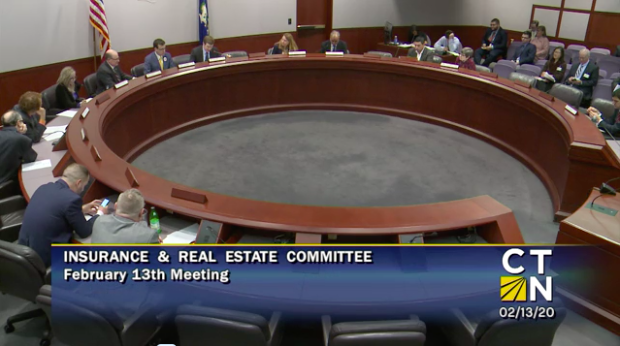 The Insurance and Real Estate Committee voted to draft a bill to cap the out-of-pocket costs for insulin, but lawmakers had to contend with the proposed language of the bill which placed a fee on insulin distributors and manufacturers.

Senator Matthew Lesser, D-Middletown, who serves as co-chairman of the Insurance and Real Estate Committee, said the proposed language was not reflective of the intent of the bill and would be replaced by fully drafted language which would not include any kind of fee or tax on insulin production.

Capping insulin costs has bipartisan support, but Republicans on the committee raised concerns over the fee language in the proposed bill, with some pushing for the committee to wait on voting to draft until the proposed language could somehow be changed.

“I’m a little bit reticent to just vote to draft an already-public document that is going in a totally and radically different direction than I think the bipartisan approach would contemplate,” said ranking member Sen. Kevin Kelly, R-Stratford.

The proposed bill caused a dust up last week when the Connecticut GOP tweeted out an image of Senate Bill 1, claiming Democrats were attempting to tax insulin. Democrats countered that the bill was actually intended to cap out-of-pocket costs.

Lesser said it was important to move forward with drafting the new language of the bill to alleviate any fear or concern by constituents who might see the proposed language.

“The substitute language would cap costs for consumers and has no tax and no fee on any manufacturer,” Lesser said. “We would not be adding any tax or fee on anybody.”

“I certainly regret the distraction that the language caused, but I think the great show of bipartisan unity on this issue is encouraging,” Lesser said.

Committee co-chair Rep. Sean Scanlon, D-Guilford, said he would not support a bill that places a fee or tax on insulin production and said the proposed language was a “drafting error.”

Republicans belabored the point, seeking multiple assurances from Lesser and Scanlon that draft language would not include a fee on insulin production. In the end, six Republicans voted against the measure, citing concerns over the fee language in the proposed bill.

The push comes as the price of insulin has skyrocketed in the past decade.

While the draft bill will reportedly cancel out the fee language in the proposed bill and replace it with a cap on insulin costs, the proposed language left Democrats back on their heels for a brief period of time.

A recent report published by the Yankee Institute called for the elimination of so-called “concept bills” which provide only a couple lines of information about a bill and can differ greatly from the finalized bill language.

Concept bills can cause confusion among the public and, apparently, lawmakers.