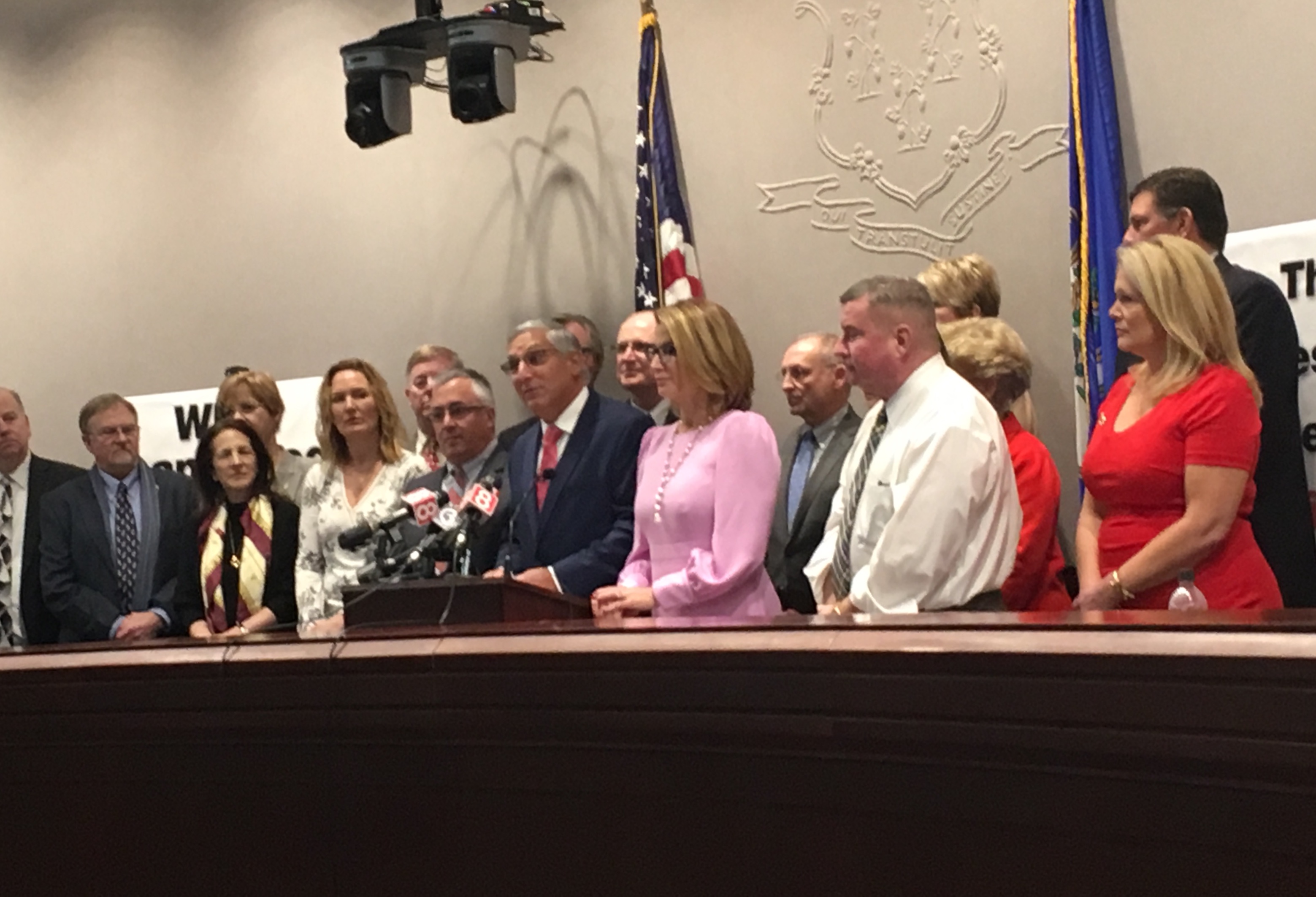 At a press conference before a public hearing on Gov. Ned Lamont’s bill to toll trucks, Senate Republican Leader Len Fasano, R-North Haven, presented the fiscal note for the bill, which states that the revenue estimates from tolls are only “preliminary” and “not investment grade.”

Senate Republican obtained the fiscal note after weeks of asking the Lamont administration for his toll revenue numbers.

“The Office of Fiscal Analysis came out with their report, and in that report, they talk about that tolls could generate a net figure of $129 million to $304 million,” Fasano said.

When Fasano questioned OFA on how they reached their numbers, the OFA sent back numbers provided by the Connecticut Department of Transportation that offered little information – only a one-line item that says the revenue estimates are preliminary and do not count as investment grade.

The one-page sheet sent by OFA also says “A full traffic and revenue analysis will be required for a final toll system plan.”

“This is beyond irresponsible,” Fasano said at the press conference. “You haven’t done a pro-forma to say the plan you’re asking the legislature to approve, that you don’t have any back up for it? We’ve been dealing with this for three years.”

However, during the public hearing, lawmakers were apparently provided with pro-forma figures, which are much more detailed.

Sen. Henri Martin, R-Bristol, who is ranking member on the Transportation Committee questioned Office of Policy and Management Secretary Melissa McCaw on the late release of the numbers.

“We get this pro-forma today, and you gave a nice presentation, but I’m fumbling up here to try to read this. I’m just curious, how long have you had it? When and who had it, as well. Because we’ve been asking for asking for this for weeks.”

McCaw said that they’ve had the numbers for a month but that the changing nature of the bill altered the numbers. “As the terms of the bill change, so to the components of the pro forma. Our pro forma had been final at the time the bill was released to the legislature.”

The bill was released on the night of January 27.

The lack of investment grade revenue figures could dampen the Lamont administration’s goal of leveraging truck tolls to take out loans from the federal government. It could further dampen the administration’s plan if another traffic study would need to be completed.

Lamont’s previous CT2030 plan – which called for tolling all vehicles – indicated the revenue from trucks would amount to $187 million per year. The latest plan, however, limited the size of the trucks to be tolled and legislative leaders were estimating revenue anywhere from $150 million to $175 million.

Lamont’s transportation bill allows the CT DOT to set the base truck-toll rate between $6 and $13 per toll. The OFA says CT DOT estimates there would be $30 million in operating expenses.

The Lamont administration did not return request for comment, but Office of Policy and Management Secretary Melissa McCaw said during the public hearing that the toll program starting in 2023 would net $172 million.

DOT Commissioner Joseph Giulietti testified that the toll revenue would only be used to fix the highways on which it was collected on but would free up other money for work on railroads.

Lawmakers were expected to go into a special session on Monday or Tuesday of next week before the start of regular session in order to vote on the bill, but legislative leaders called off the special session the night before the public hearing.

Despite the cancellation of the special session both toll protesters, pro-toll groups and unions crowded into the Legislative Office Building ahead of the hearing.

Reports indicate that the legislature will schedule a vote on Lamont’s transportation plan on February 10 during regular session.