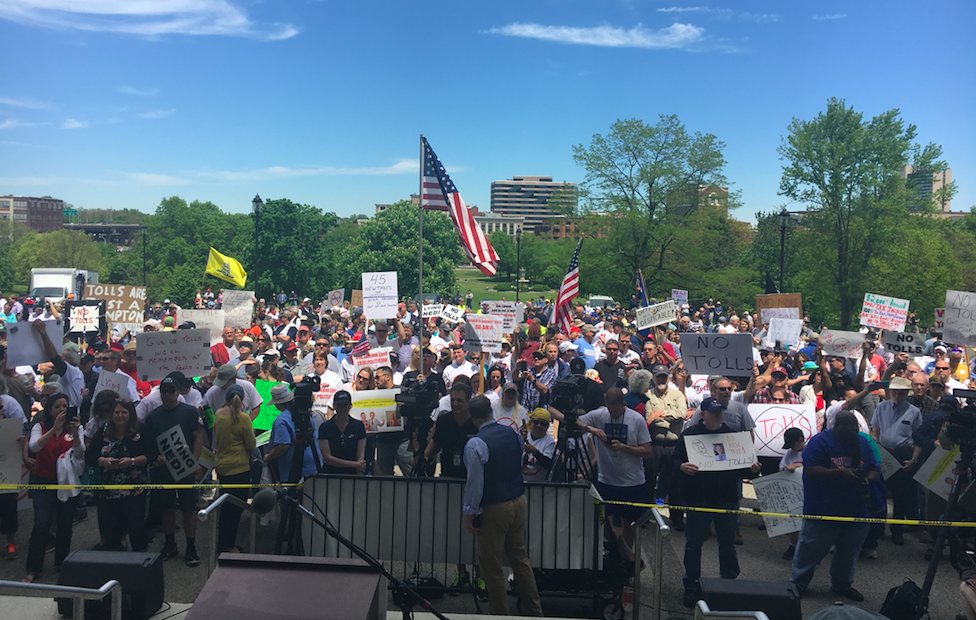 As lawmakers await a drafted bill version of Gov. Ned Lamont’s new transportation plan, which would include tolls on large trucks, Senate President Pro-Tem Martin Looney, D-New Haven, said legislative leaders have not determined how a public hearing on the bill would be structured – and that could leave the public out.

Looney said that the Transportation Committee will hold an “informational hearing,” which differs from a typical public hearing during a normal legislative session – namely, it does not necessarily require the general public be allowed to testify.

Instead, legislative leaders could only allow for testimony from key speakers, experts and other lawmakers.

That’s because during special session legislative leaders adopt new and separate rules to govern the session, including for any type of hearing. There is no precedent or requirement to follow.

“We’ll have to confer with House leadership about when the Transportation Committee will have an informational hearing on the bill,” Looney said during a press conference Friday.

When asked by a reporter whether the hearing would be opened up to the general public after hearing from experts and guest speakers, Looney said he was working out the details with House Speaker Joe Aresimowicz, D-Berlin.

“I’ve not had any discussions with the Speaker as to whether or not it would be structured in a way to carve out a special allocation of time for invited speakers or anything like that,” Looney said.

The likeliness that legislative leaders will exclude public comment is probably low, given the amount of public interest in the bill, but limitations on testimony could be a timing issue, as well.

A March 6, 2019 public hearing before the Transportation Committee to consider Lamont’s previous, more extensive toll proposal drew hundreds of people to the Capitol, and the hearing lasted over ten hours.

If the bill were released today, a hearing could potentially be held next week, the last full week before the start of regular session on February 5. It is unknown when or if a special session would be scheduled thereafter for a vote.

During a special session, bills are filed under the category of “emergency certification,” and it only requires 24 hours’ notice to lawmakers before holding a vote, although leadership would have to ensure that members are present in order to cast their vote.

Lamont has been pushing for a special session to avoid any further delay in passing his transportation bill, which would leverage federal loans with toll revenue generated by tolling large trucks at twelve locations throughout the state.

The tolling issue has generated much public interest over the past two years, including a protest at the Capitol in May of 2019 that was attended by roughly 2,500 people.

According to the Office of Fiscal Analysis, a day of special session costs taxpayers roughly $11,000.