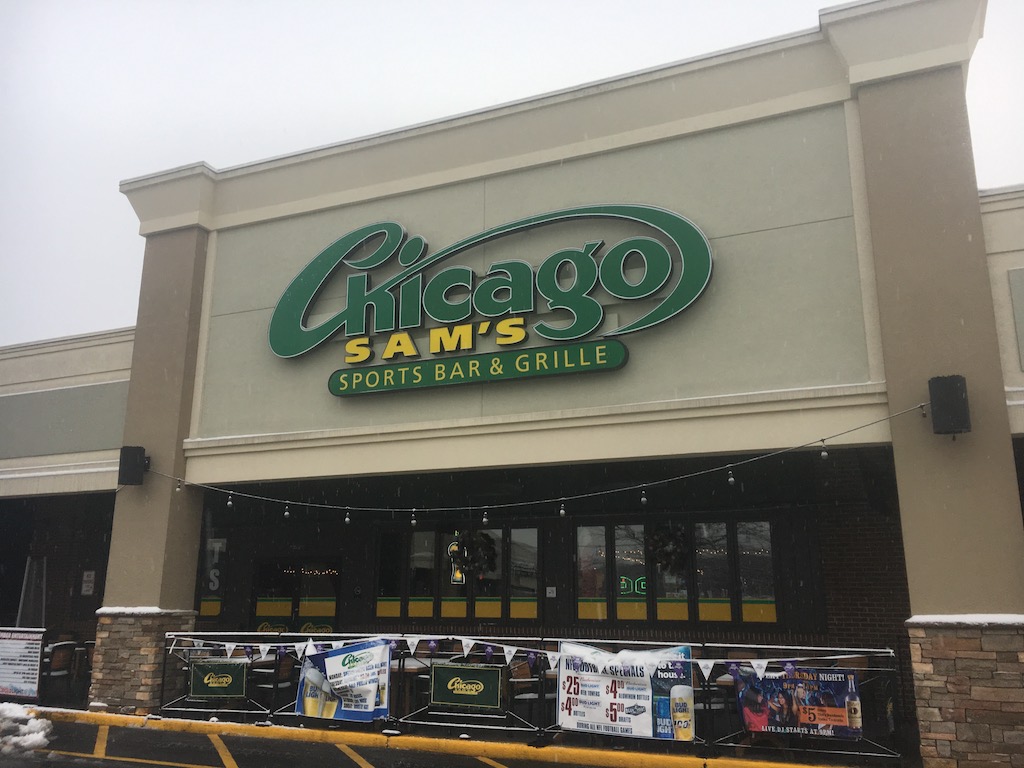 A partial judgement was handed down by Connecticut Superior Court Judge Thomas Moukawsher against two restaurants named in a class action lawsuit filed in 2017 by two former employees.

Chicago Sam’s and Penny Corner Pub, both with locations in Enfield and Cromwell, lost part of their two-year old court battle, and sources close to the case indicate the judgement award will be hundreds of thousands of dollars, not including legal fees paid by the restaurant owners.

The remaining issues in the lawsuit are scheduled to be heard by a jury.

The Chicago Sam’s and Penny Corner Pub case is one of fifteen lawsuits that were filed by the Hayber Law Firm between 2015 and 2019 on behalf of restaurant workers against their employers, alleging they were underpaid under Connecticut’s wage-tip credit laws that allow tipped employees to be paid below minimum wage.

Restaurant owners say they were merely following wage-tip guidelines put forward by the Connecticut Department of Labor. Those guidelines were meant to ease the state’s outdated regulatory burden on restaurants; instead, it has left numerous restaurants facing lawsuits and potential closure.

Those lawsuits spurred passage of a bill in the last hours of the legislative session that would have reformed state regulations retroactively and effectively killed the lawsuits. Gov. Ned Lamont, however, vetoed the bill.

Lawmakers attempted to work out compromise legislation. They held a public hearing in October and a special session has been scheduled for December 18 to vote on the bill.

In the meantime, the number of lawsuits filed against restaurants continues to grow.

“Until we get a resolution on all these issues, we’re going to continue to see these lawsuits pop up,” said Scott Dolch, president of the Connecticut Restaurant Association.

Lawmakers drafted a compromise bill and held a public hearing in October, but the proposed legislation may do little to curb the lawsuits initially.

That’s because Hayber’s attorneys are now using a different state regulation – one that requires servers to sign documentation attesting to the amount of their tips – to win judgements, as they did against Chicago Sam’s and Penny Corner Pub.

Much public and political focus has been paid to the state regulation regarding which server duties allow a restaurant owner to claim a wage-tip credit against the minimum wage – Sec. 31-62-E4.

But there’s another state statute – one dating back to 1949 — that says tips must be recorded on a weekly basis as a separate item in the wage record and that each employee must sign a physical statement “attesting that he has received in gratuities the amount claimed as credit for part of the minimum fair wage.”

In his partial ruling against Chicago Sam’s and Two Penny Pub, Moukawsher noted that neither employer had obtained weekly signed statements from their tipped employees, and that tips were not recorded separately.

But the reason the restaurants didn’t obtain signed statements may have more to do with technology than an under-handed attempt to short-change their staff.

“The servers at both Chicago Sam’s locations received weekly wage records identifying the tips that each and every server declared for a particular week,” the defense attorney argued.

The defense continued: “The servers at both Chicago Sam’s locations received and used a personal identification number constituting an electronic signature pursuant to the Connecticut Uniform Electronic Transactions Act that they used to log in to the respective computer systems at each Chicago Sam’s to declare all of their tips at the end of each and every shift.”

But the electronic submissions by restaurant staff were not enough compared to the actual letter of the statute.

Moukawsher wrote that “this hoped for extrapolation from its employees is no substitute for actually recording the thing that the regulation requires the restaurant to record: as a separate item the actual amount of gratuities claimed as credit.”

“More plainly, there is no question that the restaurant workers didn’t weekly attest to anything, including ‘that he has received in gratuities the amount claimed as credit,’” Moukawsher wrote.

This regulatory hurdle may prove disastrous for restaurant owners because, until recently, few of them have required their servers to physically come into the restaurant on payday and sign statements. Instead, they are paid electronically like most modern employees – an example of state regulations failing to keep up with technological progress.

Ryan O’Donnell, an attorney representing some of the restaurants being sued, said that state regulations need to be updated to keep up with the times.

When this regulation was enacted, Harry Truman was president, and the Second World War had only just ended. The only way for employees to attest they were paid their gratuities correctly was to review and physically sign a printed statement.

“When this regulation was enacted, Harry Truman was president, and the Second World War had only just ended. The only way for employees to attest they were paid their gratuities correctly was to review and physically sign a printed statement,” O’Donnell said. “The advent of electronic ‘point of sales’ systems and direct deposit of paychecks, however, have created far more accurate and efficient ways for employees to verify gratuities.”

Until now, the lawsuits against restaurants largely focused on the amount of “side work” restaurant servers did that were not subject to tips, like preparing the restaurant to open or clean- up work to close the restaurant for the evening.

The lawsuits alleged the restaurant workers should have been paid the state’s full minimum wage for performing those duties, but restaurant owners say they were following guidelines set forth by the CT DOL which said restaurants could pay less than the minimum wage if the side work was less than 20 percent of the servers’ duties – known as the 80/20 rule.

But since the 80/20 guideline was not part of the official state regulation, it left the door open for lawsuits. Connecticut DOL has since rescinded its guidance.

Dolch says that without guidance from the state, his members are left without reasonable guidelines by which to operate their restaurants.

“These regulations were written at time before computers and technology, but the DOL provided guidelines to help,” Dolch said. “What guidelines to I provide for my members? We want to work with DOL to provide guidelines that are accurate and a fit for our members.”

Some lawmakers who initially voted to pass a law changing the regulations have since changed their minds, facing pressure from labor unions who do not currently represent most restaurant workers.

In October, lawmakers presented legislation to repeal state regulations regarding the restaurant wage-tip credit and allow interested parties to work with DOL in crafting new language to reflect current practice among restaurants. It also limits penalties imposed on restaurants who were following CT DOL’s guidelines and place hurdles on how plaintiffs are approved for a class action suit.

The legislation does not specifically address the regulation requiring employees to sign documents every week attesting to their tips as credit against their base-pay, but the bill leaves open the possibility the issue could be reviewed in crafting new state regulations.

But drafting new regulations could take time and timing is essential concerning the current bevy of lawsuits.

The original bill passed by the General Assembly was retroactive and would have essentially stopped the lawsuits in their tracks.

The new proposed bill, however, would not prevent the current lawsuits from continuing and leaves open the question as to whether or not class certification could be still be attained for suits already filed.

Regardless of the effect on current lawsuits, Dolch says that state of Connecticut and the DOL need to address the issue soon.

“We’ve done everything that was asked of us,” Dolch said. “We held a public hearing and we want to move forward.”

The governor announced yesterday that a vote on transportation and a bonding package will be held off until January, but a special session on the restaurant regulations and settlement of a lawsuit by Connecticut hospitals will move forward.