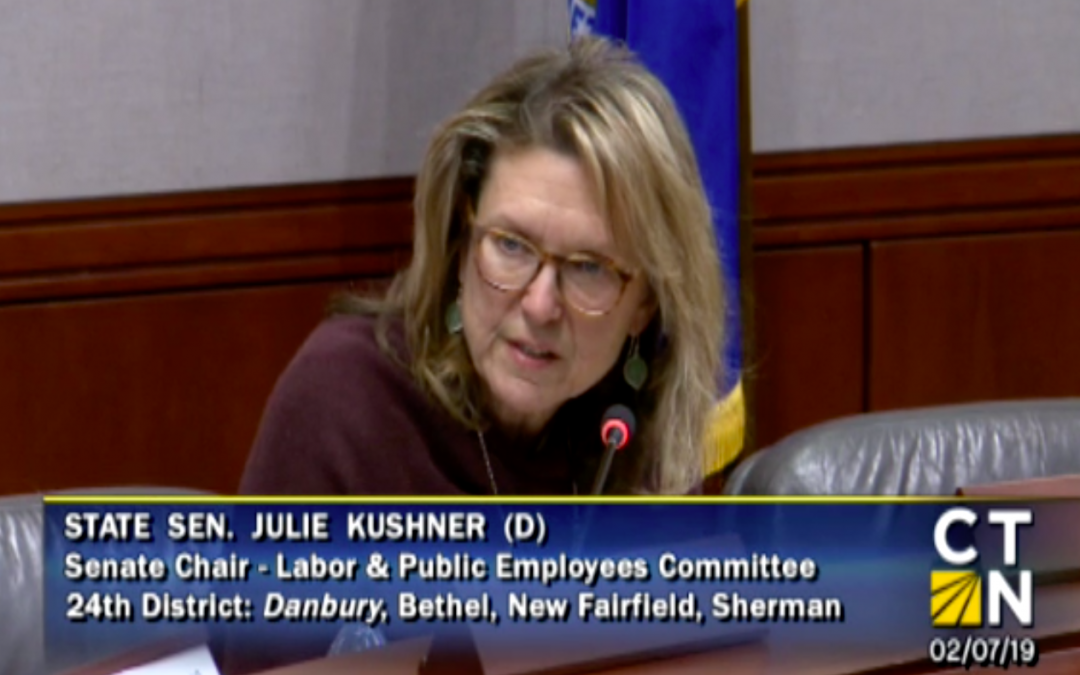 The Labor Committee voted to draft a committee bill to prevent employers from holding mandatory meetings with employees regarding politics, religion or union organizing, referred to as “captive audience” meetings.

The legislation, which has been attempted numerous times in the past with strong backing by labor unions, has received new life following a Democratic sweep in the 2018 elections, including a new Attorney General, William Tong.

Previous captive audience bills were opposed by the Connecticut Business and Industry Association and the Connecticut Hospital Association, which say it limits the free speech rights of employers and is pre-empted by the National Labor Relations Act.

Former Attorney General George Jepsen confirmed the bill was pre-empted by federal law with a formal opinion issued in 2018.

Rep. Craig Fishbein questioned whether staff time should be used to draft a bill that “will certainly end up in court” without the opinion of the new attorney general.

However, Sen. Julie Kushner, D-Danbury, and Rep. Geoff Luxenberg, D-Manchester, said they believed Tong supported the legislation and did not agree with Jepsen.

Kushner said she had “great respect” for Jepsen but didn’t agree with him on this issue. “Attorney General Blumenthal said it would not be pre-empted and he would defend it in court. We have a new attorney general and I’m sure he will weigh in on this.”

Tong’s support for captive audience legislation was no mystery when he served as a representative and chair of Connecticut’s Judiciary Committee. Tong supported the legislation and passed it out of committee in 2018 before Jepsen’s formal opinion ended the debate.

While Kushner and Luxenberg cited Blumenthal’s support in 2007, Jepsen’s formal opinion noted Blumenthal did not weigh in on how a court might decide, only that he would defend it in court based on the “presumption of constitutionality of statutes.”

Jepsen also noted Blumenthal gave his opinion one year before the U.S. Supreme Court issued its decision in Chamber of Commerce v. Brown.

The Supreme Court ruled against the legislation 7-2, saying the law was pre-empted by the National Labor Relations Act.

Although this year’s captive audience legislation was originally going to be referred to the Judiciary Committee, the Labor Committee decided to keep the bill.

The vote to draft a committee bill means several similar bills will be combined into one and given legal language before receiving a public hearing. It is likely the bill will pass out of committee, as it did last year.

The Labor Committee also voted to hold subject matter hearings on a bevy of bill proposals, including several bills designed to push back against the Supreme Court’s Janus decision.

Those bills would make dues authorizations outlined in union membership cards part of state law, prevent employees from informing their employer about their wish to resign from their union and allow unions to make their pitch to new employees during job orientations.