Proposed Bill 6936 was filed by representatives Robyn Porter, D-New Haven, and Michael D’Agostino, D-Hamden, and is referred to the Labor and Public Employees Committee.

According to the bill, a public employee “may only revoke the [dues] authorization pursuant to the terms of the authorization he or she signed.”

Those terms refer to language in union membership cards which limit an employee’s ability to cease having dues collected from their paycheck. Although an employee may resign membership from the union, union cards dictate the employee can only apply to cease dues payment during a set window of time.

In the case of AFSCME members, those windows are a thirty-day period surrounding the employee’s yearly membership anniversary.

The fine print on AFSCME’s membership card says paying dues “shall be irrevocable, regardless of whether I am or remain a member of the union,” if resignation language is not included in the collective bargaining agreement. 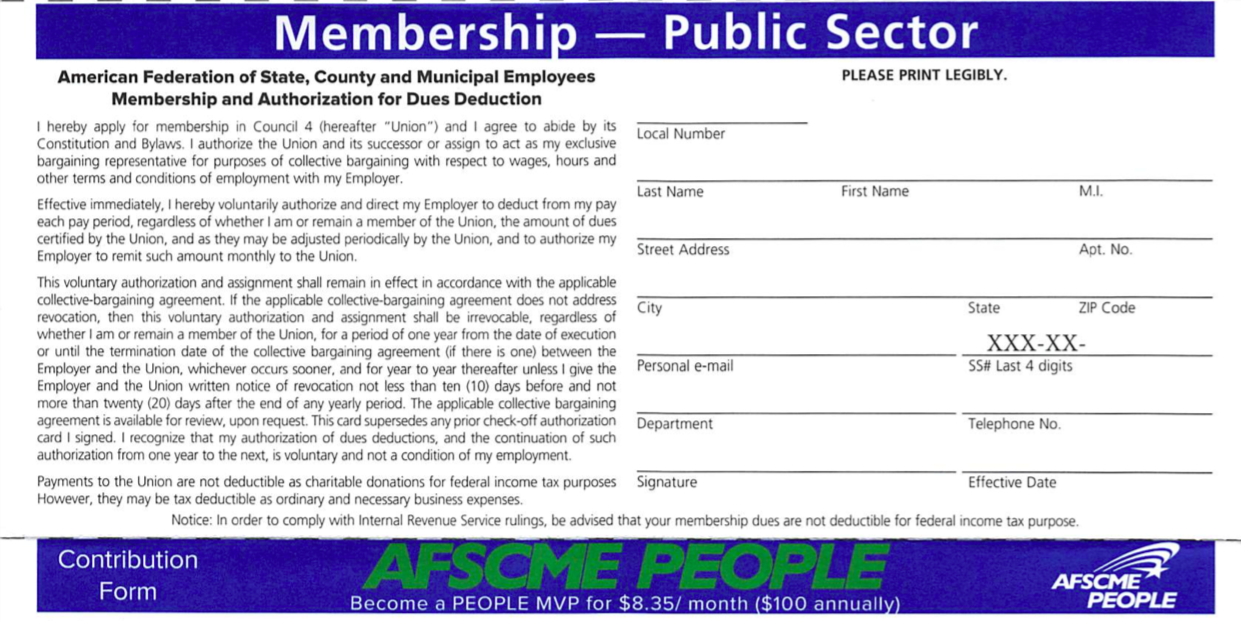 Membership windows have come under legal fire in other states, as attorneys representing public employees who have tried to resign membership say these windows are a violation of the Janus decision and, therefore, the employee’s First Amendment rights.

But the language of the proposed bill does not address membership in a union, only the authorization to collect dues, essentially giving the appearance of state authority for unions to continue collecting dues from employees who have resigned membership.

Brian Kelsey, senior attorney of the Liberty Justice Center which represented Mark Janus in his suit against AFSCME, told Yankee Institute in November, “Government workers maintain constitutional rights throughout the year, not just during an arbitrary window set by government unions.”

State or municipal employees who signed membership cards prior to the Janus decision had few options: they could be a dues paying member and be allowed to vote in union leadership elections, or pay an agency fee roughly equal to due and have no vote at all.

In Connecticut, AFSCME Council 4 has wavered between allowing employees to resign and trying to enforce the windows outlined in membership cards.

Following the November 2018 elections, the union – which boasts 30,000 members – began issuing letters denying public-sector workers the right to resign based on their membership cards.

The proposed bill would protect the unions from having to deny resignation requests, while still enabling them to collect dues from employees who are no longer members — at least for a period of time.

If passed, the law may put the state of Connecticut in a legal bind, forcing the state to enforce authorization windows for union dues if a legal challenge arose.

The proposed bill would also restrict who employees who wish to resign from informing their employer – either a state or municipality – of their decision.

According to the bill, employee requests to revoke or change dues authorizations would have to be directed to the union rather than the employer.

The union would also not have to provide the employer a copy of an employee’s dues authorization “unless a dispute arises about the existence or terms of the authorization.”

According to the Janus decision an employee must give affirmative consent to have union dues deducted from their pay, but the proposed bill essentially leaves the matter of dues deduction solely in the hands of the unions, who would not have to provide initial documentation to the state or municipality.

Since the Janus decision in June, unions say they have more members than ever and President of the Connecticut chapter of the American Federation of Teachers Jan Hochadel said the decision was “a blessing in disguise.”

The increase in union membership was largely the result of union administrative mistakes; a number of employees were classified as agency fee payers even though they had never actually opted out of the union.

Despite the increase in membership, money flowing into union coffers decreased overall, according to figures provided by the State Comptroller’s Office.

The membership card bill was one of four union bills proposed by Porter and D’Agostino, which would enhance unions’ ability to retain and recruit members. 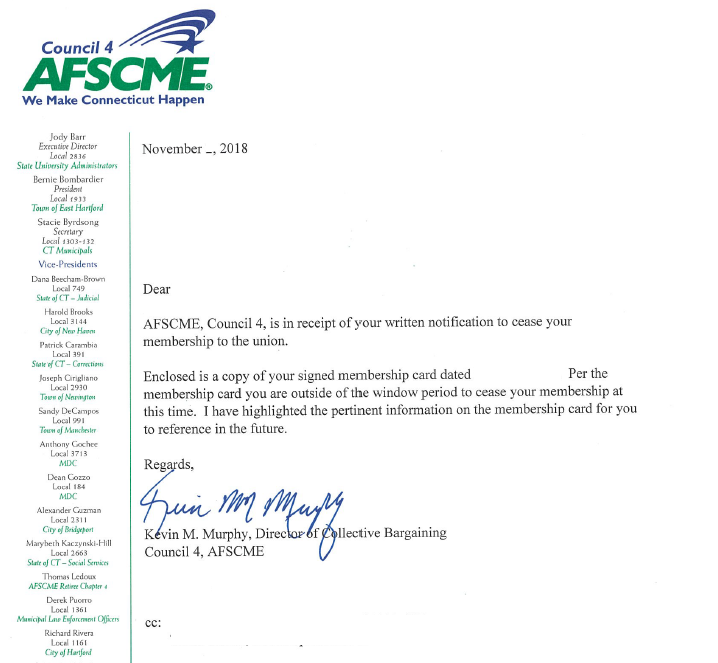 The bills – which are only in concept form at this point – will likely have a receptive audience in the Labor Committee.

Six lawmakers on the committee are either current or former union officials, and Porter serves as co-chairwoman along with Julie Kushner, D-Danbury, a former union organizer and co-chair of the Working Families Party.