Reduce the Gas Tax for Tolls? A Look at the Numbers 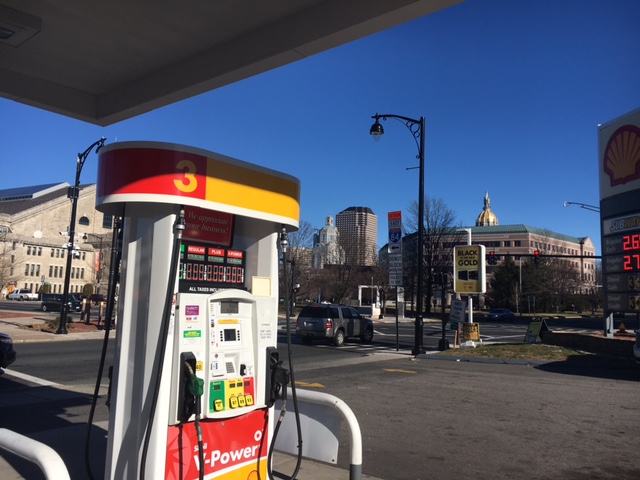 Democrat Leaders in the Connecticut House and Senate indicated they would be willing to reduce the gasoline tax in order to gain public and political support for tolls.

Late in the 2018 session as the tolls fight heated up, Democrats offered ideas of cutting the gasoline tax modestly as part of a compromise, but none of the bills made it to the House floor.

Connecticut took in an estimated $505.3 million through the state’s 25 cent per gallon gasoline tax in 2018, according to the Office of Fiscal Analysis in their breakdown of the 2018 – 2019 budget.

But under the latest tolling study, if Connecticut implemented tolls on both cars and trucks the state would take in $1.086 billion in revenue, and the state would net $950 million after accounting for operating and maintenance costs.

According to the study, 60 percent of the total toll revenue would come from in-state drivers, or $651 million, with the remaining 40 percent coming from out-of-state drivers.

So even if Connecticut eliminated the gasoline tax completely, residents would still pay approximately $145 million more per year.

Connecticut drivers pay 43.8 cents per gallon in gasoline taxes — the 7th highest rate in the country — according to the Tax Foundation and the American Petroleum Institute. That figure includes Connecticut’s 25 cent per gallon tax, plus an additional 18.8 cents in additional taxes such as the petroleum gross receipts tax.

Democrat Leaders, however, have only mentioned reducing the gasoline tax, not eliminating it. During the 2018 session, the idea of reducing the gas tax by 2 cents per gallon was floated in an effort to gain public support for tolling.

The conversation about reducing the gasoline tax runs counter to both Gov. Dannel Malloy’s 2018 proposal and the ideas put forth by Gov. Ned Lamont’s Transportation Advisory Committee which recommended tolling cars and trucks and “adjusting the gasoline tax.”

Malloy recommended increasing the gasoline tax by 7 cents per gallon along with implementing tolls.

Under past tolling proposals, however, raising toll rates would likely be much easier than increasing the gasoline tax.

Connecticut’s gasoline tax is set in statute, requiring a vote to increase the rate and therefore making it politically difficult in a state where residents react quickly to the thought of higher taxes, particularly at the pump.

But some of the 2018 tolling proposals called for establishing a state Transportation Authority, a quasi-public entity made up of appointed officials which would be in charge of setting toll rates, collecting revenue, and issuing bonds based on toll revenue.

The Transportation Authority would not be encumbered with the political pressure state lawmakers face, although, according to those bills, it would be required to hold public hearings.

To date, Lamont has continued to say he only supports tolls on large trucks, a proposal which would generate about $314 million total, according to the tolling study by CDM Smith.

After operating expenses, the state would likely take in $200 million per year from those trucks. The cost to construct the tolling gantries would run $372 million.

But Democratic Party leadership appears to be pushing tolls for both cars and trucks.

The Special Transportation Fund also receives a portion of the state sales tax, and revenue from vehicle permits and fees and motor
vehicle receipts. Federal funds are also obtained for road repairs and construction.

As of now, the STF remains solvent, with a surplus of $175 million, according to the OFA.

Even if tolls are approved by the legislature it would likely be five years before Connecticut could gain federal approval and construct the gantries.

Malloy moved forward in seeking federal approval in 2018 by issuing an executive order forcing a $10 million environmental impact study, which is required by the Federal Highway Administration in order toll interstate highways.