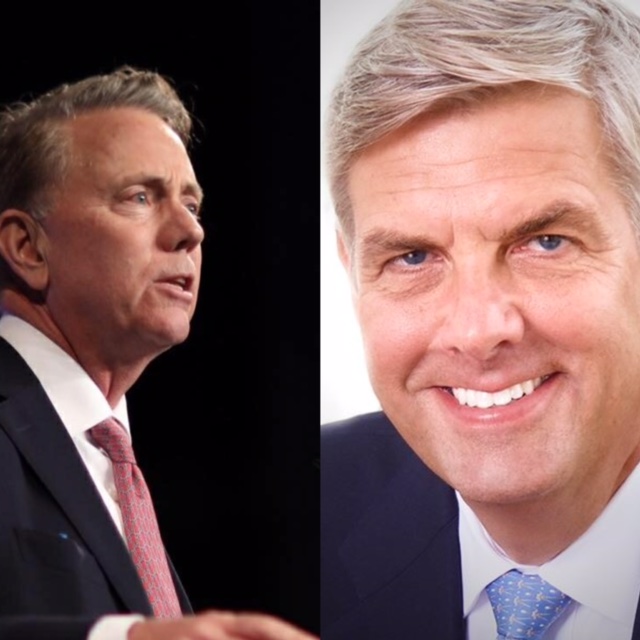 Connecticut’s unions mounted a strong push to support Democratic Party candidates – including gubernatorial candidate Ned Lamont — in the final weeks leading up to election day. Spending has topped out at more than $1 million in independent expenditures and contributions to Democratic town committees.

Under Connecticut law the governor negotiates with the State Employee Bargaining Agent Coalition (SEBAC) to determine retirement benefits, which is then sent to the legislature for ratification.

The unions are also spending money on legislative elections in key swing districts. The 2016 election left the state Senate evenly divided, and Republicans made strong gains in the House of Representatives, leaving only a nine vote divide between parties.

As of their latest filing on Oct. 26, the Service Employees International Union 1199 has spent $556,688.57 in independent expenditures for Ned Lamont, Mary Abrams, Julie Kushner, Jorge Cabrera and Vickie Nardello.

SEIU’s previous filing on September 23 showed the union had spent $295,800 — most of which was $247,419 paid to Base Builder, LLC, a Minneapolis based company that specializes in political canvassing.

As of Oct. 26, the American Federation of State, County and Municipal Employees’ showed expenditures totaling $141,619.48 for 2018. AFSCME has sent multiple mailers targeting Republican candidate Bob Stefanowski — a big bump from their $62,356 listed in their Oct. 10 filing.

AFSCME has partnered with Red Horse Strategies, a powerful digital marketing and campaign firm based in Brooklyn, New York, which worked on campaigns for New York Gov. Andrew Cuomo and Democratic candidates and unions throughout New York.

According to the union’s filing on Oct. 19, AFSCME paid Red Horse $17,361.86 to target Stefanowski with mailers. The union also reported $29,483.50 for canvassers during that reporting period.

Independent expenditures are political spending on advertisements, phone calls, mailers and commercials that are not coordinated with a campaign.

Unions like SEIU and AFSCME are not registered as political action committees but rather as individuals. However, some of the unions donate to other PACs or operate their own.

The Connecticut Service Employees Association PAC has spent $83,159.15 as of their latest filing on Oct. 22.

All-together, the three unions have spent $781,467.20 to date on independent expenditures alone.

But those independent expenditures do not necessarily capture all of union political spending in Connecticut.

Political communications to union members – whether in the form of mailers, emails, or rallies are not considered independent expenditures and do not require the union report that spending to the state, according to State Elections Enforcement Commission spokesman Joshua Foley.

The total number of state and municipal employees – including teachers – number in the hundreds of thousands. Many public and private sector unions also fall under the umbrella of AFL-CIO.

Only communications with non-members require any kind of filing and it is therefore impossible to determine how much has been spent on the various mailers sent to union members.

Between July 1 and October 26 of 2018, union political committees registered with the State of Connecticut have contributed $237,900.29 to Democratic Town Committees across the state and PACs such as Connecticut Leadership PAC in the form of disbursements.

The majority — $128,750 – came from public-sector union committees like the American Federation of Teachers Political Committee, which has spent $77,000 on contributions to Democratic political committees, which is then used to support candidates.

Both the Brotherhood of Electrical Workers and United Automobile, Aerospace and Agricultural Implement Workers of America are affiliates of AFL-CIO, which acts as an umbrella union for both private and public sector unions.

All combined, union political spending in the form of independent expenditures or contributions to political committees in Connecticut has reached $1,019,367.49.

Contributions to organizations and candidates outside of Connecticut totaled $39,820.59, including $22,600 paid by Connecticut Health Care District 1199 to multiple candidates in Rhode Island.

Union dues money, however, also flows to the international union, which in turn funds organizations that direct money into state elections, both in Connecticut and across the country.

The international affiliates of AFSCME and the American Federation of Teachers are two of the largest donors to the Democratic Leadership Campaign Committee, the sole funder of the Connecticut Values PAC which has thus far spent $306,509.87 with another $63,490.13 still on hand as of Oct. 24.

AFSCME is also one of the largest donors to the Democratic Governors Association, which is the sole funder of the Our Connecticut PAC.

But union political clout also comes in the form of their ability to rally their members for political spectacle.

The AFT is set to hold a rally in New Britain in support of Lamont and Congressional Candidate Jahana Hayes on Nov. 2. The rally will include National AFT President Randi Weingarten.

AFT Connecticut participated in numerous political rallies throughout the year, which included planned arrests and, in one instance, stopping traffic in Hartford.

Connecticut unions’ political push comes in the wake of the Janus v. AFSCME Supreme Court decision, which ruled public-sector workers could not be forced to pay dues or fees to a union as a condition of employment.

The case was decided on the basis of free speech and sided with Mark Janus in saying that all public sector union work is inherently political because it determines public policy. Therefore, requiring an individual to pay dues or fees to a union that supports causes they don’t agree with is a violation of their Free Speech rights.