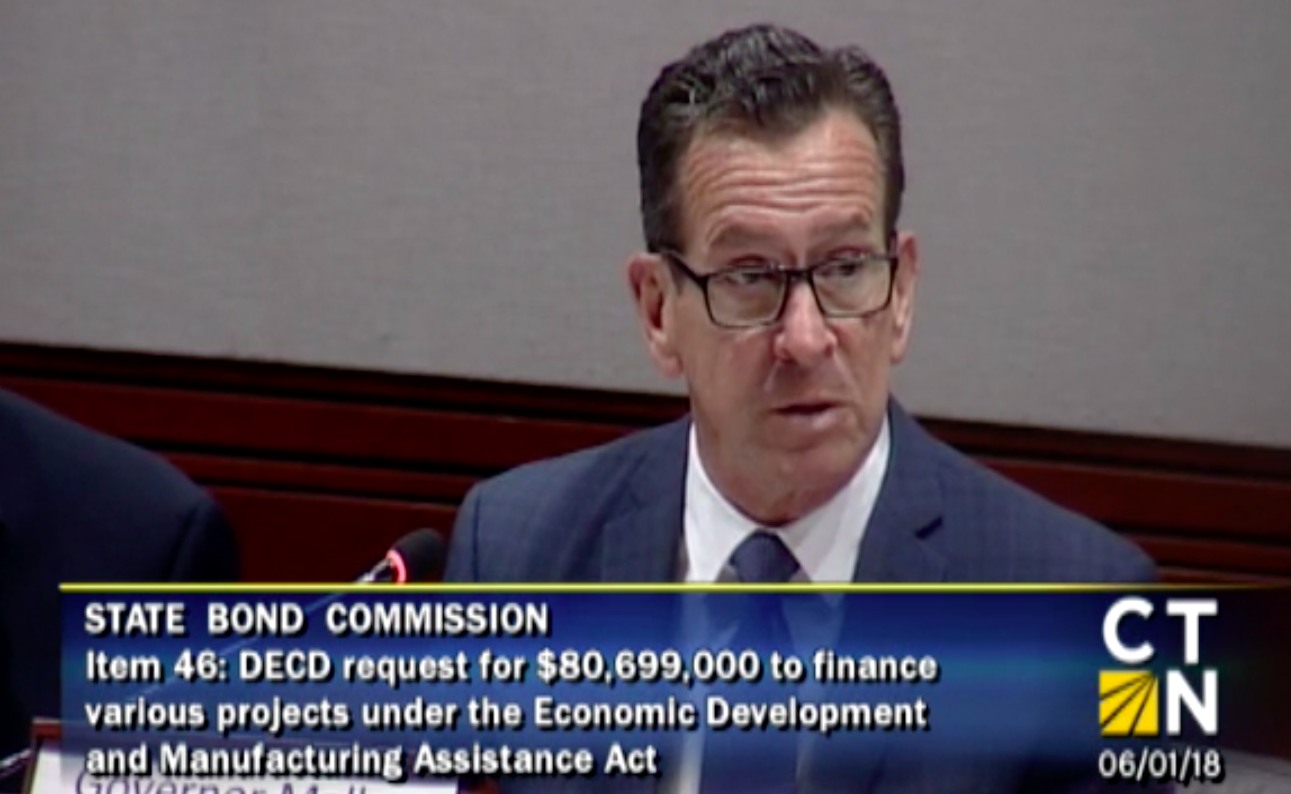 Connecticut’s bond commission approved over $80 million in economic assistance for 16 different companies on Friday — including giants like Electric Boat, Walgreens and PriceWaterhouseCoopers — but the grants and loans drew some critical questions from panel members.

In a press release announcing the state’s allocations, Gov. Dannel Malloy said the companies will retain 15,003 jobs and create an additional 3,876 jobs in the state.

The total investment equals nearly $21,000 per job created, if the companies are able to meet their stated goals.

State Comptroller Kevin Lembo wondered how Connecticut’s $35 million loan to Electric Boat would “fit” when federal dollars are already flowing to the submarine manufacturer. “Is it a natural ramp up that would need to occur at Electric Boat anyway?”

Malloy said the investment was necessary to compete with other facilities in Virginia and Rhode Island and allow the company to expand repair work and to develop a workforce which can fill job openings.

Lembo also questioned a $450,000 loan to Sheffield Pharmaceuticals in New London, a company which was fined $1 million in 2016 for illegally dumping waste into Connecticut rivers.

Malloy responded that Sheffield Pharmaceuticals were “bad actors at one point,” but says the company is now under new management.

Sen. L. Scott Frantz, R-Greenwich, expressed concern that the $9 million Connecticut awarded to PriceWaterhouseCoopers was in the form of a grant instead of a loan which would be paid back to the state.

The tax services company says it will create 400 jobs, meaning the grant will fund $22,500 per job.

Malloy and Deputy Commissioner of the Department of Economic and Community Development Bart Kollen said there was a lot of competition to establish PriceWaterhouseCoopers’ new division headquarters in the state.

Rep. Chris Davis, R-Ellington, also questioned why the state was giving a $6.5 million loan to FactSet Research Systems to move its headquarters, when the company received a $2 million forgivable loan in 2011 to move into its current location.

“So really, it’s an $8.5 million commitment at that point,” Davis said.

Davis questioned whether any of the original $2 million could be taken back by the state because the company is moving again, but Kollen said FactSet met its job numbers under the 2011 agreement and therefore fulfilled its agreement with the state.

The loans and grants will be made through the First Five Plus and Manufacturing Assistance Act programs administered through the DECD.

The DECD has come under fire recently after a state audit found the agency double-counted its job numbers and inflated the impact of the state’s economic incentives.

DECD is also facing a Freedom of Information complaint by the Meriden Record Journal for refusing to release details of the state’s incentive offer to Amazon, which ultimately failed to lure the tech giant to Connecticut.