The Connecticut Judicial Department paid out over $1 million in extra pay between 2012 and 2016 for court reporters and monitors to type transcripts for other agencies, and allows those employees to produce work for private parties on state time, according to new state audit.

Although state auditors could not determine how much court reporters earned working for private parties while on state time, the extra pay earned typing transcripts for other state agencies is counted toward their salaries and can be used to spike their pensions. 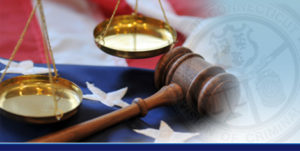 The findings by the Connecticut Auditors of Public Accounts mirror the 2010 findings by the Committee on Court Reporting Monitors and Court Reporters, which found “court reporters and court recording monitors are able to supplement their annual base income by preparing transcripts of judicial proceedings.”

Those extra transcription fees — on top of their regular salaries — can add up. The committee report noted that in 2009 alone, Connecticut paid over $1 million in additional compensation for court reporters and monitors to produce transcripts.

In one instance listed by the committee report, a court reporter and four monitors earned $50,000 in one night producing a transcript for private attorneys. Reporters receive a 1099 for work done for private parties.

The additional income earned through producing transcripts for other agencies, however, is counted toward their pensions and the committee report warned the additional earnings could be used to spike earnings and drive up pensions.

“Additional compensation for transcripts does not simply increase an employee’s annual salary, it also increases his or her state retirement pension, not unlike overtime that is earned by police and firefighters boosts their pensions,” the report said.

Court reporters for the state of Connecticut earn between $57,000 and $74,000 per year in salary, according to Connecticut Court Reporters Association.

But the state auditors found court reporters and monitors continue to produce transcripts for other agencies and private parties while on state time and recommended the Judicial Branch implement the recommendations made by the committee in 2010.

The Judicial Branch agreed with the auditor’s recommendation but stated that it would need to hire more staff in order to meet the demand for transcripts.

They also noted there is a “very deliberate process” in place to eliminate the typing of transcripts on state time. “Effecting these changes and making these improvements will require a deliberate and careful process and collaboration with collective bargaining union representatives.”