An annual ranking of the richest and poorest states by 24/7 Wall St. shows Connecticut has slipped from the 4th wealthiest state in the nation to the 6th in the past two years, trading places with Massachusetts.

Although Connecticut remains in the top ten nationally, it was overtaken by its neighbor to the north in terms of median income growth, unemployment rate and population growth. 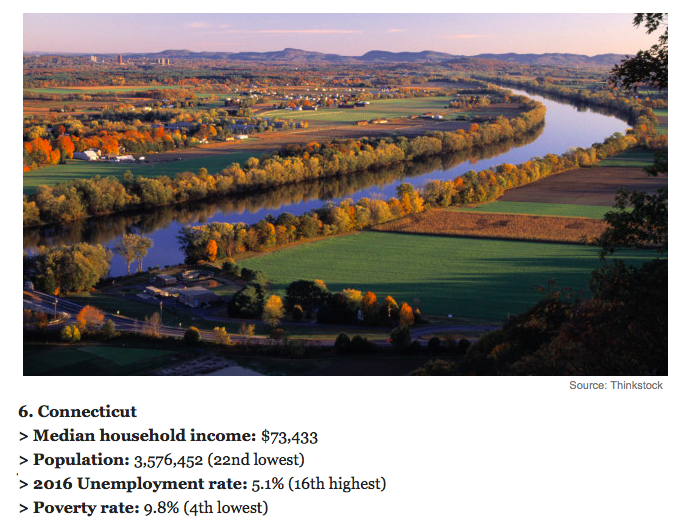 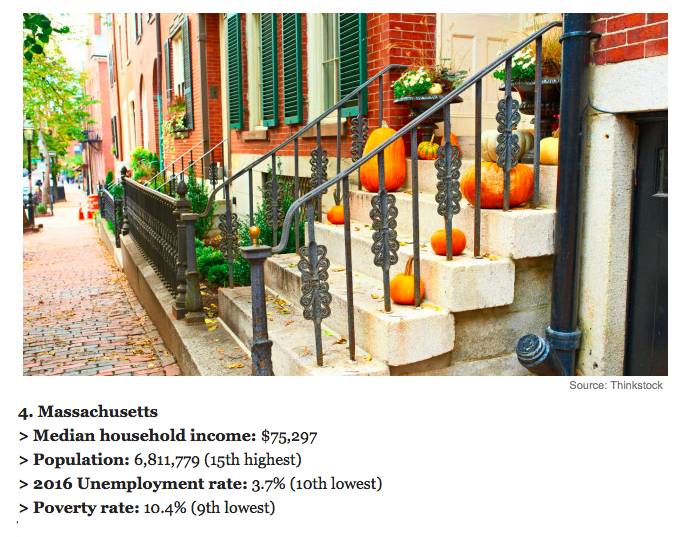 The rankings are based on 2016 data provided by the U.S. Census Bureau.

Between 2014 and 2016, Connecticut’s median income grew 4.8 percent, according to the figures presented in each ranking. However, Massachusetts saw its median income grow 8.8 percent during that same time period.

Massachusetts also has a lower unemployment rate at 3.7 percent as opposed to Connecticut’s 5.1 percent.

The rankings showed Connecticut lost population during those two years, whereas Massachusetts grew by more than 66,000 people.

The news may be unsurprising to some as Connecticut has seen two large corporations – General Electric and Alexion – announce they are moving their headquarters to Boston. Connecticut also loses residents to Massachusetts, according to a study conducted by the Office of Policy and Management.

Nationally, Connecticut remains one of the last states to recover from the recession.

Maryland maintained its designation as the richest state in the nation.