As Connecticut residents prepare to send in their vehicle property tax payments, a number of municipalities may be missing out on large sums of tax dollars.

More and more residents have been registering vehicles in neighboring states that don’t charge property taxes, according to municipal officials and tax assessors.

David Dietsch, tax assessor for the struggling city of Waterbury, says out-of-state car registrations are “a case of tax evasion that is growing out of control,” and he has the hard numbers to back up that claim. 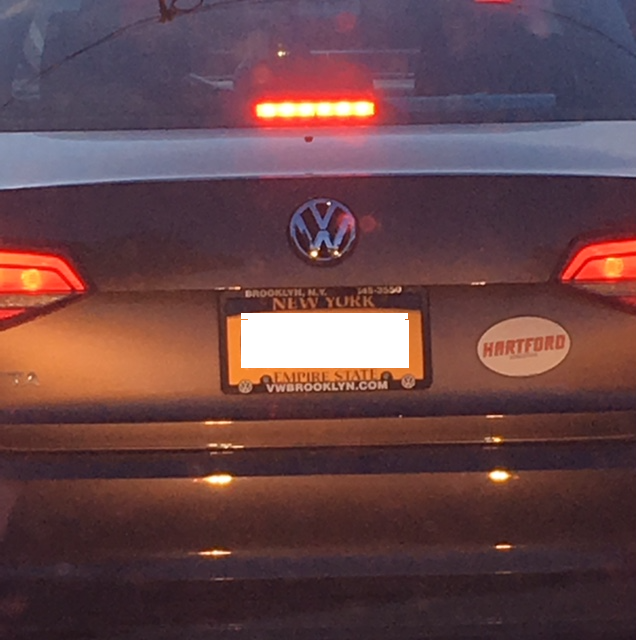 According to a study conducted by Municipal Tax Services, the city of Waterbury could potentially collect an additional $447,000 in property taxes by cracking down on residents who register their cars in states like New York and Florida.

The MTS study observed 4,080 vehicles registered out-of-state in 2016. Of those 4,080 observations, investigators were able to make 767 “established cases” in which the city has contacted the owner and informed them of their potential tax liability.

This marked a 33 percent increase from the previous year.

The state of Maine has also been cited as an offender. An NBC TroubleShooters investigation found a number of vehicles in Hartford that were registered in Maine. Maine presents a particularly difficult challenge because registration can be done by mail.

“States like Maine allow Connecticut residents to register their vehicle to the state of Maine without ever having stepped foot inside their state,” Dietsch wrote in testimony to the transportation committee in February.

Dietsch, who is also on the legislative committee for the Connecticut Association of Assessing Officers, testified in support of a bill – HB 5305 – to create a task force to study the problem and recommend solutions.

That bill – and another just like it – were not taken up by either the House or the Senate, but the problem remains and isn’t confined to cities like Waterbury and Hartford.

“It’s an issue in all of Connecticut,” says Bristol Mayor Kenneth Cockayne.

The mayor also testified in support of the task force and says that potential cuts in state aid mean municipalities like Bristol “have to take a hard look” at their revenue.

“When residents are living in our municipality using our services like police and firefighters, trash pickup, sewer and water, registering your car in another state is almost fraudulent,” Cockayne said. “More legislation has to be done to protect municipalities.”

The loss of tax revenue for cities like Waterbury adds up and can cause concern, particularly during a time of fiscal instability for the state. The increase in out-of-state car registrations also highlights the influence high property taxes can have on state residents’ behavior.

Between 2013 and 2016, when Waterbury saw an increase in the number of out-of-state registered vehicles, the property tax rate went from 41 mills to 58.

In Connecticut, the vehicle property tax was capped by the state legislature at 29 mills in 2015, which offered some relief to residents. However, the cap was then immediately raised to 37 mills in 2016 to deal with a $1 billion budget deficit.

But Dietsch says the cap will have no effect at all. “The states these people are registering in have no taxes at all,” he said in an interview. “The only thing that will help is the enforcement of registration compliance.”

The state is supposed to compensate municipalities that have mill rates over the cap through the state’s municipal revenue sharing account, but the MRSA could face cuts as lawmakers try to close a $5.1 billion deficit.

However, state Democrats listed a $200 million cut in municipal aid in their budget proposal, while Republicans proposed to eliminate the MRSA completely. Republicans instead called for state mandate relief and reformulating aid for municipalities.

Between residents dodging the vehicle property taxes and looming cuts to municipal aid some cities find themselves between a rock and a hard place; scrambling for revenue through property taxes but possibly cut off at the knees by the state budget.

Connecticut is facing similar difficulties with boats, according to a report by The Hour in May 2017. Boat sales and registrations had dropped sharply as Connecticut residents are purchasing and registering boats in Rhode Island, which does not charge sales or property taxes.

Bills were proposed during the 2017 legislative session to eliminate or reduce the sales tax on boats to compete with Rhode Island.

But, like the task force on out-of-state car registrations, the proposal to reduce sales tax on boats did not make it through the earliest legislative hurdles as lawmakers sought to preserve any means of generating state revenue, even if it drives some residents to sidestep the law.

“We get witnesses reporting that people are dropping their kids off at school with Florida license plates,” said Thomas DeNoto, tax assessor for the city of Bristol. “It’s more and more apparent that it’s becoming a trend.”