As a student of economics at the University of Connecticut, Luc Dang, observed a problem that few others perceived – food waste in the university’s eight different kitchens that serve the 31,000 students at Connecticut’s flagship public university.

Dang convinced administrators at the university’s Department of Dining Services to let him use one campus kitchen to test out a new idea. Using software Dang developed, he measured the amount of food thrown out over the course of weeks and used the aggregated data to make more accurate predictions of how much food the kitchen should cook.

Dang’s work resulted in $30,000 in potential savings for that single kitchen over the course of a semester.

Michael White, associate director of dining services for UConn, says the tracking helped and the university has expanded Dang’s system to four of their eight kitchens. “Luc’s product helped us focus on efficiency and repurposing food to cut down on waste,” White said. “We serve 180,000 meals here every week so small things can add up.”

White points out that there is always some food waste – which can include everything from apple cores to egg shells – but the idea is to limit the overproduction of food and limit the amount of edible food thrown away. The university uses other waste tracking companies for the other four kitchens.

This work led Dang to create his own Connecticut-based start-up business – Phood, LLC. Since its inception, Dang has begun work with Yale University and the Rhode Island School of Design and added partners like Clay Arnold, 22, who became interested in Phood, LLC because of its potential environmental impact.

Phood was even awarded top prize in the reSET Venture Showcase Competition, which awards cash prizes to start-up companies with the best ideas. Dang received that award in May of 2017. 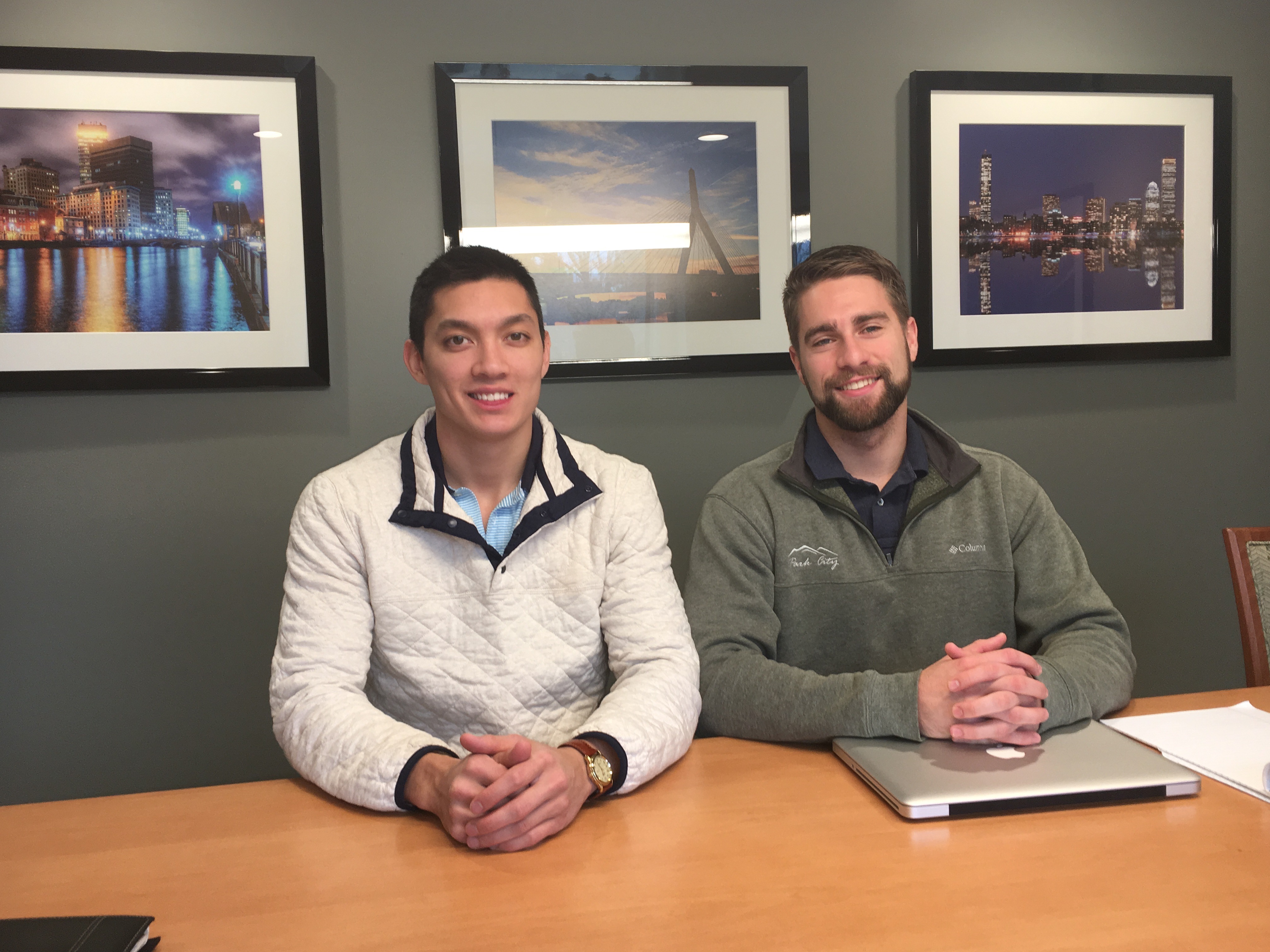 At only 23 years old, Dang is part of the oft-discussed millennial generation; tech savvy, educated and desired by employers.

But the generation has fallen behind its predecessors in rates of entrepreneurship. According to the U.S. Small Business Administration Office of Advocacy “less than 2 percent of Millennials reported self- employment, compared with 7.6 percent for Generation X and 8.3 percent for Baby Boomers.”

Young people also comprise the second largest segment of outmigration from Connecticut as they seek jobs and opportunities in other states, according to a report issued by the state’s Commission on Economic Competitiveness.

A 2016 study by the Kaufman Foundation’s Index of Startup Activity showed the Connecticut had slipped from 20th among the 25 smaller states to 22nd for startup businesses. Kaufman also showed that entrepreneurship growth was down in Connecticut.

A 2017 study recently ranked Connecticut as the 7th most difficult place to start a business.

But that doesn’t mean there aren’t untapped markets and opportunities still available in Connecticut. Addressing food waste presents an opportunity to not only save money and increase efficiency but also address environmental concerns. According to the National Resources Defense Council, $165 billion is lost on wasted food each year.

Dang says Connecticut public universities, such as Eastern Connecticut State University, have expressed interest but indicated they wanted to wait until Phood, LLC was able to present more data about their effectiveness.

The idea could be helpful to a number of public universities and schools throughout the state. Although Phood is not marketing toward public schools at the moment, Dang says there is potential for growth if he could find a school district willing to test the tracking software.

Schools in both Wallingford and Greenwich have had difficulty keeping their public school kitchens under budget. Greenwich had to allocate an additional $300,000 to keep its high school food services operational. Wallingford, likewise, had to make a $100,000 subsidy to the board of education for its food services.

The technology is cheap – a tablet such as an iPad, which comes with a tutorial and the measuring software, which then tracks and monitors food production and waste to predict the optimum amount of food to be prepared.

But as more and more universities become aware of his product, Dang says the demand is increasing and his nervousness and excitement for the possibilities is growing.