Connecticut remains dead last in the nation for the Tax Foundation’s annual Tax Freedom Day report, which calculates when the residents of each state have collectively made enough money to pay all their tax bills.

Connecticut has remained the last state to celebrate Tax Freedom Day for more than six years and the date has been pushing closer and closer to June. 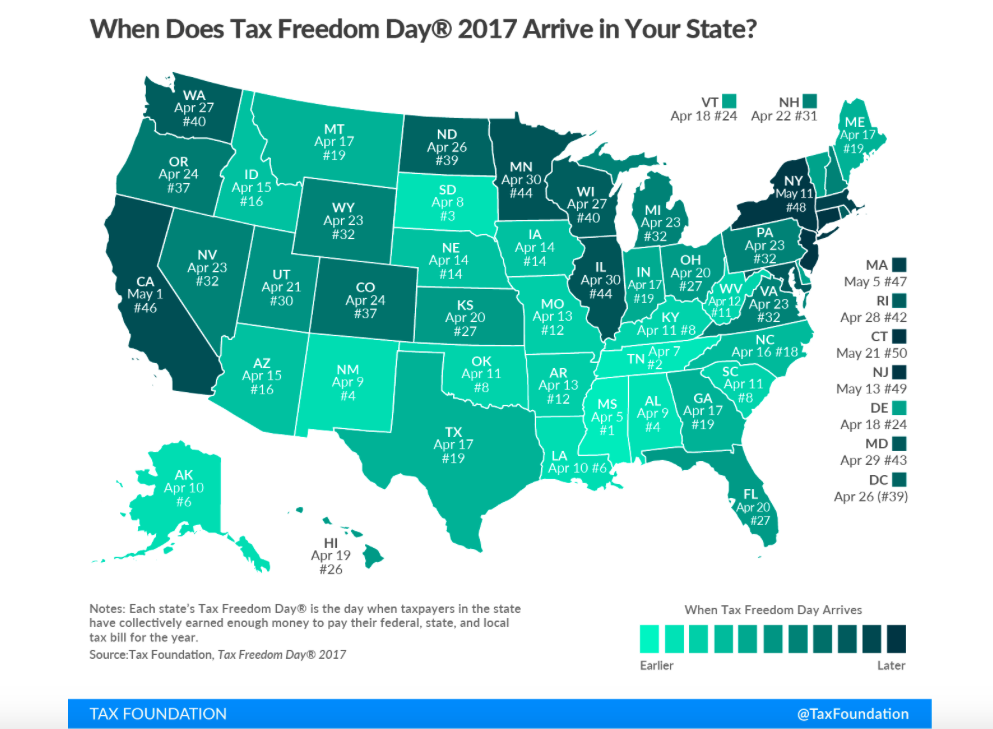 According to the author of the study, Scott Greenberg, states whose residents have higher incomes but also higher taxes take longer to pay off their tax bill.

Although Connecticut has one of the highest median incomes in the nation, its tax burden means Connecticut residents have to work longer than other high income states like Maryland, New Jersey and California.

In 2011, Connecticut’s Tax Freedom Day – although still last in the nation – was May 2, meaning that Connecticut’s tax burden has grown.

Nationally, Tax Freedom Day has moved back later and later as well, going from April 12 in 2011 to April 23 this year but is down from its highest point in 2000 when Tax Freedom Day came on May, 1.

According to the report, Americans will pay $3.5 trillion in federal taxes and $1.6 trillion in state and local taxes in 2017.

According to the Tax Foundation, “Americans will collectively spend more in taxes in 2017 than they will on food, clothing and housing combined.”

Top 7 things Yankee Institute remembers about 1991: Countdown to the 30-year anniversary of the state income tax

By Yankee Staff March 2 , 2021 Taxes
It was the year the USSR dissolved – George H.W. Bush was President, and our Governor was Lowell P. Weicker…
Read More