Jobs Market Dead in the Water 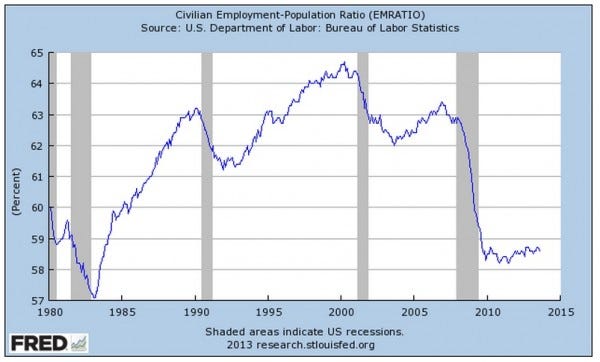 The top line numbers from the jobs report last Friday were heartening: The unemployment rate fell to 7.3% nationally as hiring increased significantly compared to the July 2013 numbers. A closer look at the data, however, revealed the truth as noted by the American Enterprise Institute’s James Pethokoukis:

The news is particularly troubling for Connecticut residents because the state’s unemployment rates have lagged the national average for much of the “recovery”.