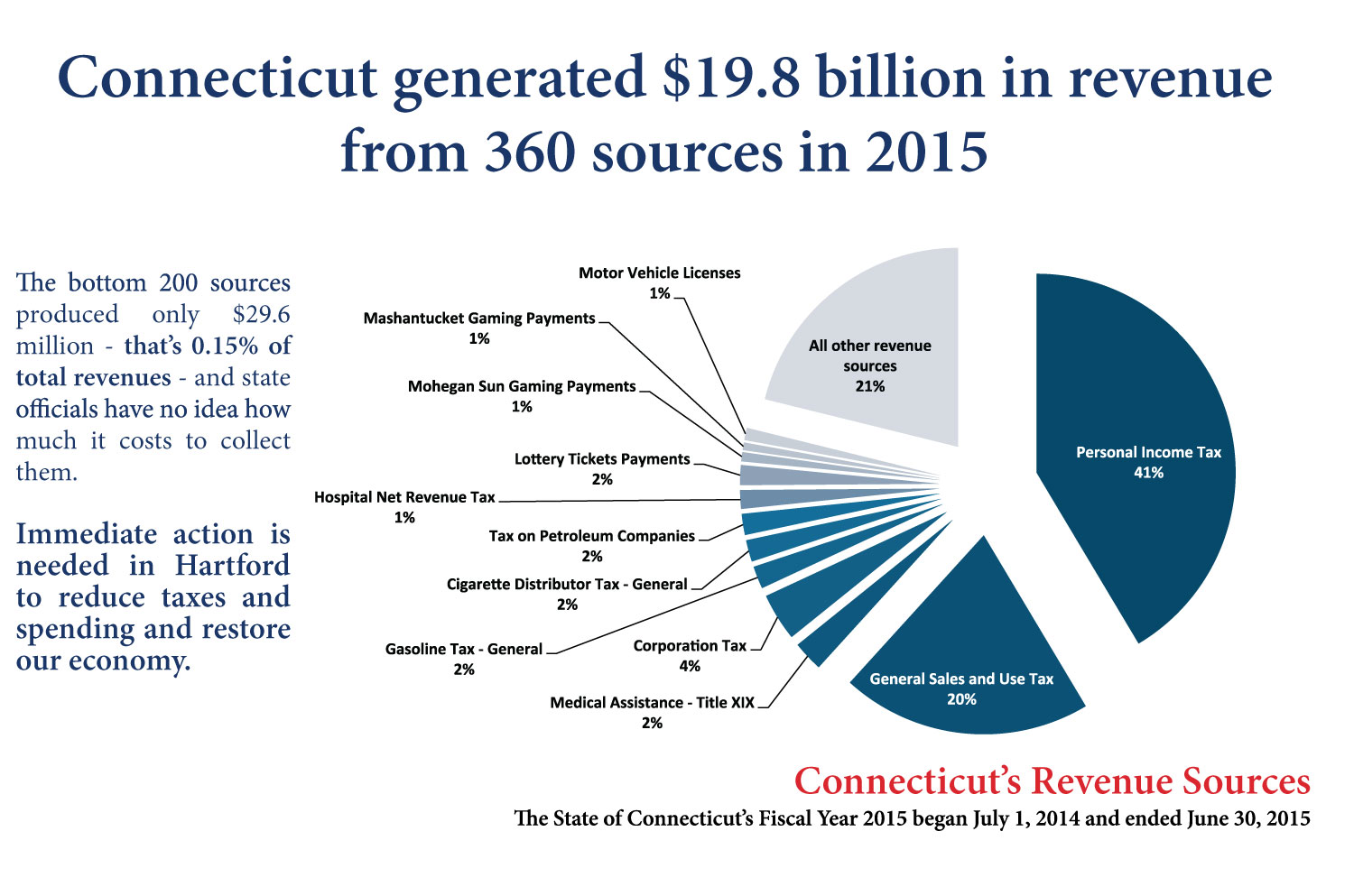 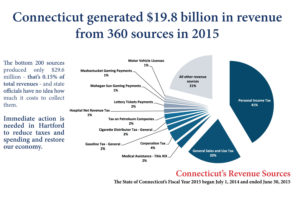 (see pdf for complete list)
Look for the red line – below that line are the bottom 200 sources of revenue, which bring in only $29.6 million. That’s 0.15% of total revenue. Ask your state lawmaker to cut unnecessary taxes and fees.

Your Taxes Are High — So Why Is Connecticut Still Broke?

Connecticut residents pay more in taxes than residents of any other state. Yet our state is broke. This year, lawmakers must close a $930 million gap – and in the next two years, that number is expected to grow to several billion dollars.

Over the past five years, lawmakers in Hartford have imposed two of the highest tax increases in state history on our state’s people – compelling families and businesses to flee Connecticut.

We’re overtaxed, but some lawmakers say taxes will need to go even higher.

Even as they voted through tax increases, lawmakers also voted to cut funding for essential services like education, mental health, and help for the intellectually disabled.

So why are taxes going up while services are decreasing?

Answer: Parts of the budget are growing so fast that tax revenues can’t keep up. Most of these line items pertain to state employee compensation – including salaries, health care, retiree health care, and pension obligations.

All other states in the Northeast set employee benefits in state statute, which allows politicians to be held accountable. Meanwhile, government unions in Connecticut are allowed to bargain collectively for these benefits – and then lock those benefits into plans stretching out over several years. What’s more, if politicians don’t vote on the agreements, they automatically go into effect.

The status quo isn’t working. Structural changes are necessary to fix these problems. 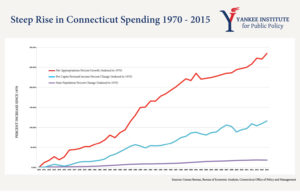 Taking a Bite Out of Jobs: The Economic Effects of a Sales Tax Increase on Restaurant Meals

Securing Our Future: A Menu of Solutions to Connecticut’s Pension Crisis