Thank you to the bipartisan coalition of lawmakers standing up for taxpayers.

Connecticut’s budget is in crisis and this deal just doesn’t do enough.

“The wealthiest state in the U.S. is having trouble collecting enough money to pay its bills…”

When times are tough, state unions still get it all. The concession deal proposed by Gov. Dannel Malloy and SEBAC does nothing to change this reality.

State government costs $20 billion a year. State employee pay and benefits cost more than $6 billion each year. By paying state unions competitively with non-government workers, we could save between $1.5 and $2 billion a year.

The proposed concession deal is not good for our state. It would tie the hands of lawmakers and taxpayers for another decade. Instead, let’s get it right so that over the next 10 years we can get Connecticut off this deficit roller coaster with real reform.

Past concession deals had two problems. Promised savings never materialized and the small changes that were made were insufficient. State unions started on the top floor of Empire State Building. Sure, their benefits have gone down a few floors but, even after the proposed concession deal, they’ll remain on the 90th floor, far above the people of Connecticut in their two-story homes.

All current budget proposals call on the unions to be part of the solution since they helped create the problem. Gov. Malloy should be encouraged to find real, lasting concessions.

If SEBAC won’t agree to real concessions without extending the contract beyond 2022, Gov. Malloy and lawmakers can give layoff protections to bargaining units that agree to forego all pay increases for the next three years.

Unions aren’t the underdog; they’re in power. Are lawmakers listening to them, or the people of Connecticut?

Unions enjoy privileges in our state that don’t exist in almost any other state – including Massachusetts, New York and Rhode Island. It’s time for reform. Only three other states – all with dire fiscal challenges of their own – handle union benefits like Connecticut.

Each and every union contract deserves its own vote and accountability. After all, there’s more in there than just salaries. Did you know that union contracts can amend state law? 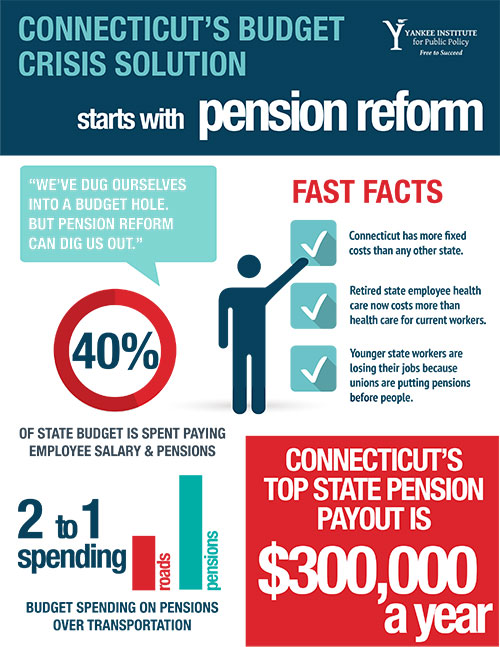