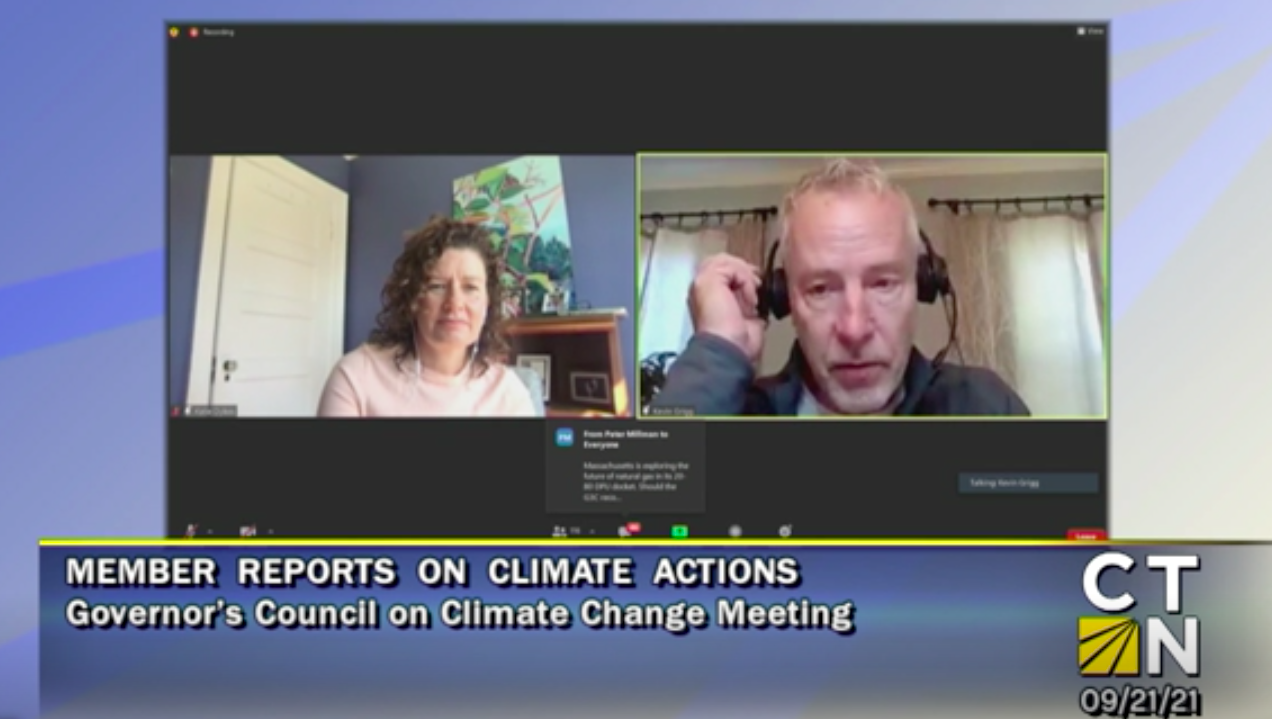 A member of the Connecticut Business and Industry Association’s Board of Directors says he is trying to use his position to steer the state’s largest business association toward supporting the Transportation and Climate Initiative.

Kevin Grigg, CEO of Fuss & O’Neil, an environmental engineering firm based in Manchester, serves on both CBIA’s Board of Directors’ Executive Committee and the Governor’s Council on Climate Change.

Grigg said he believes CBIA is becoming more “open-minded” as new, young business owners join the organization and he is using his influence to steer members toward supporting the TCI program during a September 21 meeting of the Governor’s Council on Climate Change.

“As [DEEP Commissioner Katie Dykes] knows, I’ve been trying with limited success to use my position with the CBIA to influence members of that organization to get behind and support the Transportation and Climate Initiative so that attitudes can begin to change in the positive sense in that organization over time,” Grigg said.

“For those of you who may be familiar with CBIA, its reputation tended to be more conservative and therefore a little less supportive of initiatives like the Transportation and Climate Initiative,” Grigg continued. “But our membership has been changing, we’re getting younger individuals on both the board and executive committee and I think becoming – slowly, of course – more open-minded toward supporting these kind of crucial environmental initiatives.”

The CBIA has not taken a position on the TCI program.

The Transportation and Climate Initiative program would place a declining cap on emissions generated by gasoline and diesel fuel and require gasoline producers and distributors to purchase emission credits at auction in order to sell fuel in Connecticut.

The revenue from those auctions – estimated at roughly $100 million per year – would be funneled to state government for investment in electric vehicles, EV charging infrastructure, public transportation and climate justice initiatives in cities.

However, the auctions would result in higher gasoline prices at the pump as fuel suppliers pass on the costs to consumers, prompting critics to label the program as another gasoline tax that drivers would have to pay at a time when the price of everything, including gasoline, has risen dramatically.

Grigg’s company has offices throughout the Northeast and in California, according to Fuss & O’Neil’s website, and has performed planning and engineering services for numerous projects, including the Beehive Bridge in New Britain, PFAS chemical testing in Meriden, electric bus charging stations in Rhode Island and the Block Island Wind Farm.

Fuss & O’Neil has received more than $10 million in taxpayer money from the State of Connecticut since 2018, mostly for engineering and architectural services and work on government buildings, according to Connecticut’s Open Checkbook website.

The Dept. of Transportation – which is also pushing for the Transportation and Climate Initiative program – paid Fuss & O’Neil $1.14 million in 2021 for highway planning and construction and federal transit formula grants.

A majority of the payments were made from the state’s Transportation Grants & Restricted Funds account, the same account that would receive TCI auction revenue if Connecticut lawmakers vote to pass the climate program.

Connecticut was one of only three states that signed onto the TCI program’s final memorandum of understanding. Although envisioned as a regional initiative encompassing 12 states and Washington D.C., only Connecticut, Rhode Island, Massachusetts and Washington D.C. have committed to the cap and invest program.

However, neither Connecticut nor Rhode Island passed legislation authorizing participation in the program during their 2021 legislative sessions. Massachusetts Gov. Charlie Baker was able to unilaterally sign onto the program, but the issue may face a ballot initiative in November.

Advocates for the TCI program in Connecticut have been pushing for a special session vote on the matter, but Lamont and Senate President Pro-Tem Martin Looney said they will likely wait until the 2022 legislative session to reconsider the issue.

Proponents, including Lamont and Dykes, say the program is necessary to reduce greenhouse gas emissions from the transportation sector and ensure Connecticut meets its statutory emission reduction goals.