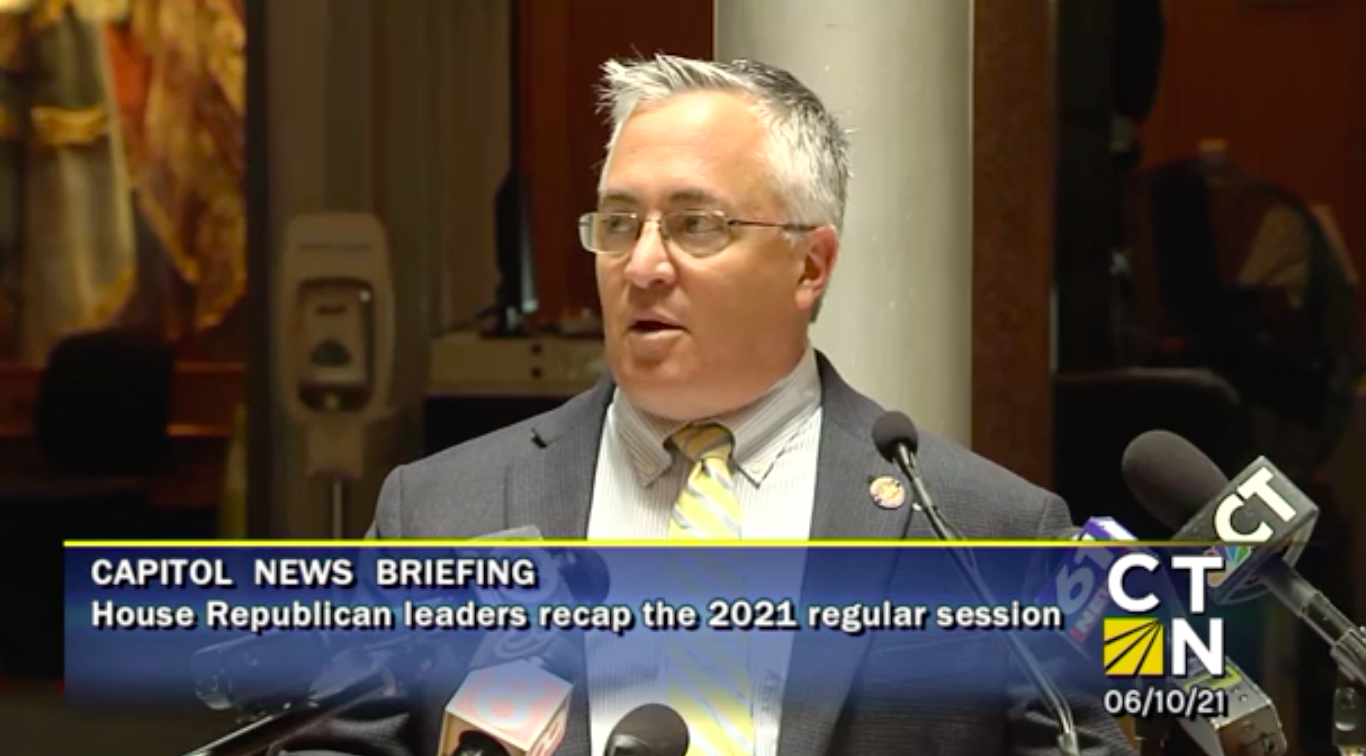 House Republican leader Vincent Candelora, D-North Branford, said the Transportation and Climate Initiative program could be included in an upcoming special session after the two parties reached a stalemate over marijuana legalization and ran out of time to vote on a budget implementer.

During a press conference, Candelora said Connecticut is being “threatened” with tax increases in the budget implementer bill, specifically naming the TCI program that would require gasoline wholesalers and distributors to purchase emission credits at auction and likely drive up gasoline costs.

“We are now threatened with a budget implementer that might impose new taxes on the residents of Connecticut,” Candelora said. “Yesterday, the Speaker indicated they want to bring back the TCI gas tax.”

Candelora said there wasn’t enough time left in the session to address their concerns with the legal cannabis bill, including “unconstitutional” labor provisions and concerns over language that appeared to favor a single private investor that was removed from the bill when it was debated in the Senate.

Although a budget bill was passed on a bipartisan basis Wednesday, the state of Connecticut also requires passage of a budget implementer – a massive bill that outlines how the budget is supposed to be implemented. The document often includes “rats” – policy changes or pork snuck into the implementer that were never passed by a General Assembly vote.

The legislature will have to convene a special session to pass both the budget implementer and the legal cannabis bill, which will likely happen in the next couple weeks.

House Speaker Matthew Ritter, D-Hartford, warned that Republicans forcing the cannabis bill into special session could have consequences, saying he and Senate President Pro-Tem Martin Looney, D-Haven, “will take full advantage” of the opportunities presented in a special session, potentially including TCI, according to CTNewsJunkie.

A new cannabis bill was released with only 36 hours left in session, but there was little time for debate in the House as the General Assembly also had to debate and vote on a controversial highway use tax, a bond package, the budget and the budget implementer, as well as various agency bills.

“Look, they have both chambers and the governor’s office, they have six months to get their work done and not only could they not get the marijuana bill passed, they couldn’t get the budget implementer done either,” Candelora said.

Environmental groups in Connecticut have been ramping up pressure on lawmakers to include TCI in a special session vote.

Save the Sound issued an end-of-session report on environmental bills passed during session, saying it was “disappointing” the legislature did not take the issue up for a vote.

“We’re heartened by reports that legislative leaders are open to running TCI in a special session later this month,” wrote Climate and Energy Attorney Charles Rothenberger for Save the Sound. “That would go a long way to demonstrating seriousness about the climate crisis, and concern for the health of Connecticut’s residents.”

Republicans had been holding a series of rallies around the state protesting both the TCI program and the truck tax, saying it will raise the cost of gasoline and goods.

“Frankly, the gas tax was pushed very hard and if Republicans hadn’t taken that out of the building and on the road around the state where legislators, therefore, then heard from the public that they didn’t want this tax, we may have seen that pass as well,” Candelora said.