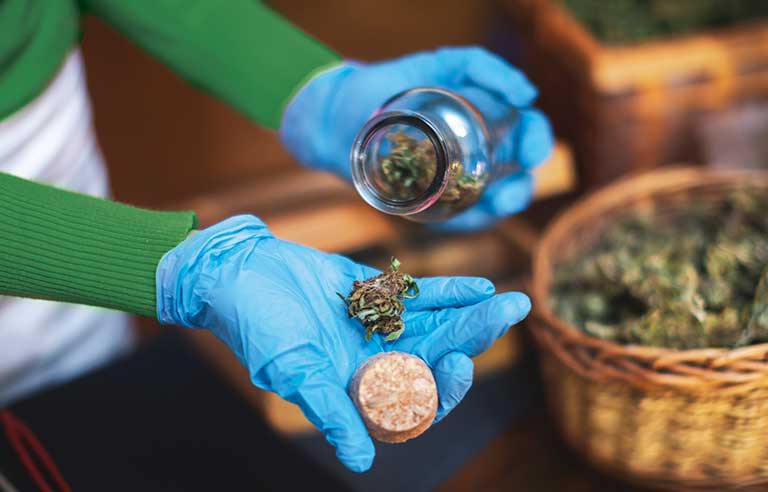 A bill before the Labor and Public Employees Committee would require cannabis establishments to enter into a labor peace agreement with a union in order to be licensed, a move that will make it easier for unions to organize employees in the marijuana industry.

An Act Concerning Labor Peace Agreements and A Modern and Equitable Cannabis Workforce would require a labor peace agreement “between a cannabis establishment and a bona fide labor organization that protects the state’s interests by, at minimum, prohibiting the labor organization from engaging in picketing, work stoppages or boycotts against the cannabis establishment.”

While a labor peace agreement would not automatically unionize cannabis workers, it would give labor unions a foot in the door.

According to Marvin L. Weinberg of Cannabis Business Executive, the agreement means the labor union agrees “not to picket, encourage a work stoppage or engage in other economic action against the employer.”

But the labor peace agreement also requires employers to give up some of their rights, including an employer’s right to speak to its employees about unionization efforts, rights guaranteed by the National Labor Relations Act provided it is done free of coercion, promises or threats.

The UFCW Local 371 offered testimony supporting the labor peace agreement for cannabis workers in 2020 when Connecticut was considering a different bill to legalize marijuana for recreational use.

Keri Hoehne, executive assistant to the UFCW president, wrote that UFCW only supports the legalization of recreational marijuana in Connecticut if it contains a labor peace agreement “as a condition of cannabis licensure and renewal.”

The union argued that “Workers who have access to representation are more likely to receive safety and technical training that reduces workplace accidents and improves product quality.”

However, according to Weinberg, the inclusion of a labor peace agreement as a requirement for operating a business essentially requires the business to give up part of its rights under the National Labor Relations Act.

“There is little doubt (and there are apparently statistics showing) that a large percentage of companies which sign these agreements end up being union organized,” Weinberg wrote. “This is in large part a result of the company giving up its right under federal law to speak out against unionization of its employees.”

In Massachusetts, Connecticut’s closest neighbor that has legalized recreational cannabis, the UFCW has run an ongoing campaign to unionize cannabis workers for some of its major cannabis companies.

This culminated in the successful unionization of more than 100 dispensary workers at Sira Naturals in 2019. The union acquired 40 more workers for Mayflower Medicinals and 60 workers for New England Treatment Access in 2020, according to UFCW 1445.

However, employees at NETA’s Brookline dispensary voted not to join the union, which prompted UFCW Local 1445 to file an appeal with the National Labor Relations Board, alleging NETA had engaged in illegal tactics.

The legislation legalizing the sale of recreational cannabis in Michigan was stripped of language requiring a labor peace agreement before passage.