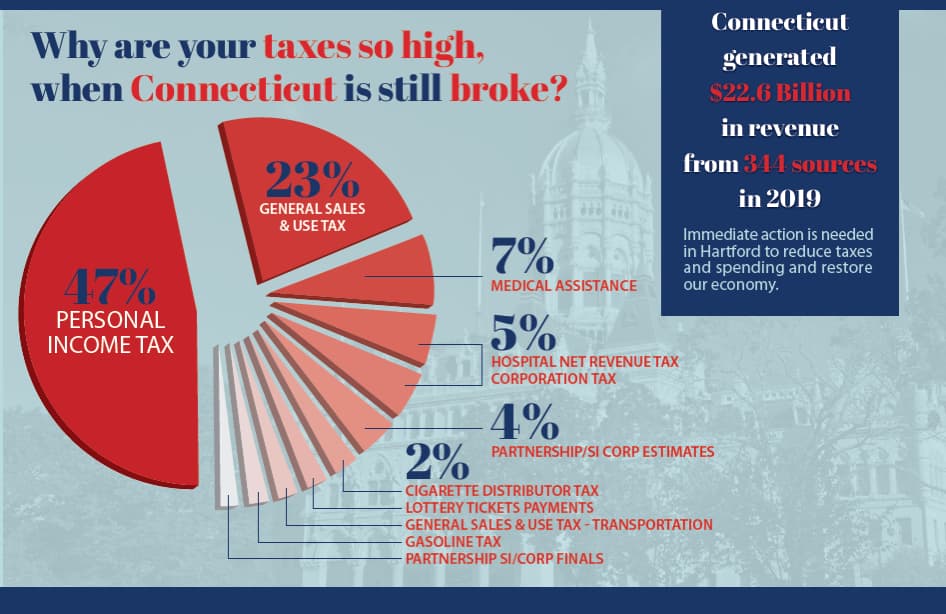 Your taxes keep rising—so why is Connecticut broke?

Connecticut residents pay the highest taxes in the entire country, second only to New York.