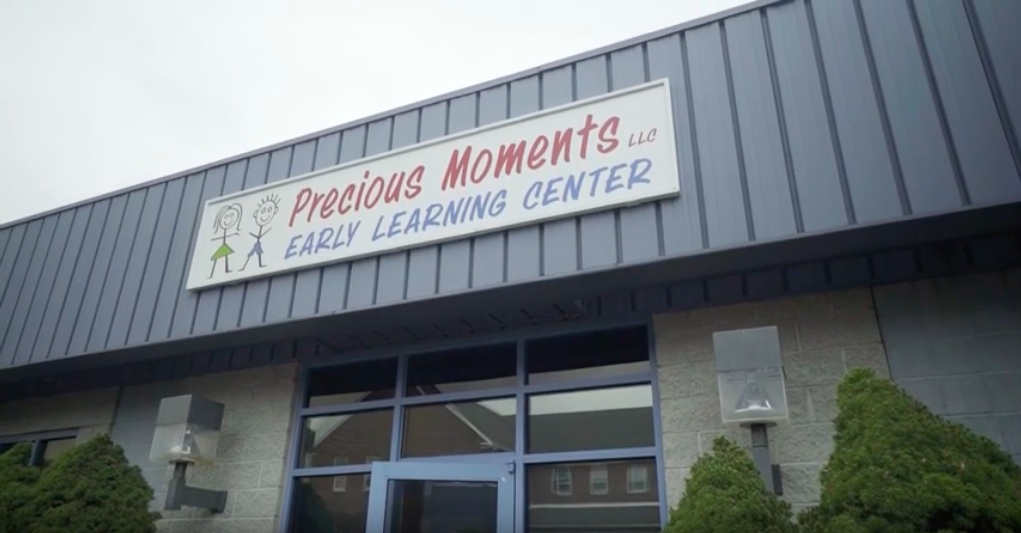 “I fear Governor Lamont’s decision to raise the minimum wage to $15 might be the final straw for me and many other businesses,” Nardella said in an EPI press release. “Many of my fellow childcare providers have expressed concern about the potential harm this policy will have, and they’re not sure how they will be able to offset costs without pricing parents out of childcare.”

In the video, Nardella says the cost for child care could increase to $300 per week. “I don’t know how many people out there can afford $300 per week.”

Ashley Norby, mother of a child attending Precious Moments, said the increased costs could force her family to cut back their own work hours.

“If child care goes up, we necessarily won’t go up as much in our wages, so we’re still behind the ball in being able to pay for everything,” Norby says in the video. “We both work full time, so one of us would have to either go part time or take time off in order to take care of our child because my wage will be less than what I’m paying in child care.”

The video was released as part of EPI’s Faces of $15 campaign, which documents the impact of raising the minimum wage to $15 per hour on businesses and individuals. EPI is a nonprofit research organization based out of Washington D.C.

The multi-year push to raise Connecticut’s minimum wage to $15 per hour came to a head in 2019 following a 12-hour marathon debate in the House of Representatives that lasted through the night, and a shorter but equally pitched debate in the Senate.

Gov. Ned Lamont signed the legislation into law, which increases the state’s minimum wage to $15 per hour by 2023 and then ties the minimum wage to the federal Employment Cost Index thereafter, which means the wage will continue to rise in perpetuity.

The push for raising the minimum wage to $15 per hour was championed by the state’s labor unions and the Progressive Caucus in Connecticut’s House of Representatives, who argued businesses can afford the increased labor costs to benefit low-wage workers.

Critics from Connecticut’s business community, however, argued the move would raise consumer prices, reduce hours and benefits for the same employees the increase is meant to help and could potentially force some companies to close.

The owner of a medical device manufacturing company based in Waterbury said the minimum wage will force his company to move to another state. A Shop Rite in West Hartford closed in 2019, also citing the state’s business climate and rising minimum wage, according to an article in the Hartford Courant.

According to a press release issued by EPI, said businesses are “right to concerned,” over the increasing wage.

“Businesses across the country have struggled to stay afloat amid rising minimum wage – many have been forced to close shop,” EPI said.

Under a collective bargaining contract between Connecticut and the Connecticut State Employees Union SEIU 2001, licensed child care provider rates were increased 7.5 percent between 2018 and 2021, while unlicensed providers received a 3.75 percent increase.

The increase was projected to cost the state an additional $7.1 million in subsidy payments, according to the Office of Fiscal Analysis. The $15 minimum wage will also increase the state’s labor costs by $38 million.

The increased subsidy provided to child care providers means they can raise their rates without increasing the cost to families who participate in state programs like Care 4 Kids, but families who are not eligible for the program will have to foot the bill for increased child care costs themselves.

Nardella says she may have to move some of her employees to part-time positions to make up for the increased costs tied to the minimum wage hike. “We’re eventually going to have to cut hours, bring people to part time. It’s going to be very hard.”

“When I heard about the minimum wage increase I got nervous right away,” Nardella said. “It’s not just going up once, twice, it’s going up a lot and it’s definitely going to impact all the small businesses.”

In addition to the minimum wage increase, the legislature and governor passed a paid family and medical leave bill, which expanded the federal FMLA program to all businesses with one or more employees.

The Connecticut Business and Industry Association argued the paid FMLA program was one of the “restrictive, unsustainable mandates that often drive employers – particularly small businesses — to the point that they are forced to raise prices, cut hours, or lay people off.”