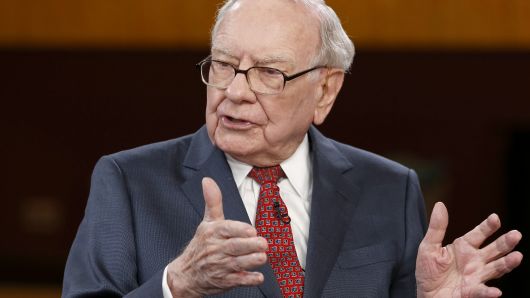 In an interview with CNBC, famed investor Warren Buffet warned companies to stay away from states facing major pension problems, a blow to Connecticut which has one of the worst-funded state pension systems in the country.

“If I were relocating into some state that had a huge unfunded pension plan, I am walking into liabilities,” Buffet said in the interview. “Because I mean, who knows whether they’re gonna get it from the corporate income tax or my employees – you know, with personal income taxes or what.

According to the latest valuations, Connecticut has $21.2 billion in unfunded pension liabilities for its State Employee Retirement System, meaning the system is only 38 percent funded.

However, those numbers are based on the state’s estimated rate of return — or “discount rate” — for pension investments, which critics argue may be too high. Some studies have placed Connecticut’s unfunded pension liabilities at over $100 billion when using a discount rate based on bond returns.

Connecticut’s pension debt represents one of the fastest growing fixed costs in state government, driving budget deficits for the foreseeable future. The annual cost of SERS is expected to grow from $1.8 billion this year to $2.2 billion by 2022.

The teachers pension system is in arguably worse shape, with costs threatening to grow upwards of $6 billion per year by 2032, depending on investment returns, according to a study by the Center for Retirement Research at Boston College.

Buffet’s warning about increasing tax pressure to deal with state pension liabilities has already begun to come true in Connecticut.

Gov. Dannel Malloy said that all the revenue raised by the 2011 and 2015 tax increases went to pay for pensions, and, as part of his budget proposal to bridge a $3.7 billion budget deficit, Gov. Ned Lamont is keeping a 10 percent corporate surcharge meant to expire.

Buffet blamed lawmakers in various states who have refused to take on the pension issue over the years. “But the politicians are the ones that really haven’t attacked the issue,” Buffet said. “They’re gonna have to raise a lotta money.”

Connecticut has underfunded its state employee pension fund for decades through a series of negotiated agreements between governors and the State Employee Bargaining Agent Coalition.

Although the state passed a law to fully fund SERS by 1985, that law was quickly overridden by contract negotiations between SEBAC and governors Lowell Weicker and John Rowland.

Connecticut is one of only four states which sets employee retirement benefits are set through collective bargaining agreements.

Conversely, teacher pensions are set legislatively, but the state underfunded that pension system as well. Connecticut then tried to fix the problem with a $2 billion pension bond in 2008 which is now ham-stringing efforts to avoid a major spike in state pension payments.

Other than raising teachers’ pension contribution by 1 percent, TRS has remained virtually untouched, although it is getting attention from Lamont who — like his predecessor — has recommended forcing municipalities to pay part of the teacher pension costs, extending the repayment period and lowering the assumed rate of return.

Malloy extended the payment period for unfunded state employee pension liabilities until 2046 to prevent a major spike in yearly costs and created new pension tiers which scaled back pension benefits for employees.

Despite the Malloy administration breaking with past governors and fully funding pensions, the liabilities have continued to grow, driving state budget deficits.

However, Malloy also extended the SEBAC agreement with state employee unions which set retirement benefits until 2027. Essentially, the state can’t make any changes to the pension system unless government union leaders are willing to come to the table.

And that may prove a tough sell. The 2017 SEBAC agreement guaranteed no layoffs until 2021, meaning the Lamont administration has little leverage to coax concessions from union leaders.

Lamont’s call for a “Connecticut moment” was related to a proposal in his budget to tie cost of living increases for state retirees to the market performance of the pension fund. Lamont estimates this change – which would have to be negotiated with SEBAC – would save the state $141 million, but labor leaders are already rejecting the idea.

Buffet’s warning may not bode well for Connecticut, which has lagged behind the rest of the country in economic growth and job creation and struggles with attracting businesses due to a high tax rate, high cost of living, and on-going budget deficits.