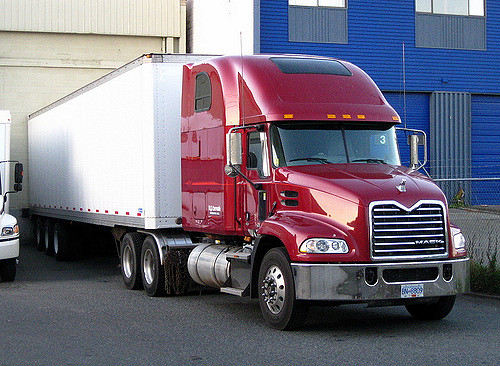 Governor-elect Ned Lamont has reiterated his call to toll trucks as a way to raise revenue for state transportation costs but truckers and trucking companies are already paying for Connecticut roads, according to data released by the American Transportation Research Institute.

A fact sheet released by ATRI notes the trucking industry paid 32 percent of all state taxes owed by motorists, while only accounting for 5 percent of the miles traveled in Connecticut.

The typical tractor trailer paid $8,610 in state fees and taxes and an additional $8,906 to the federal government in fees and taxes.

Sculley also pointed out that the vast majority of goods available in Connecticut are transported via trucking and that tolls would increase the costs for state residents.

“Policy makers should keep this in mind when crafting legislation that impacts the trucking industry. The effects will be felt by all consumers – their constituents,” Sculley said in a press release.

Although Lamont has proposed tolling only large trucks, a similar attempt in Rhode Island has been met with a legal challenge which is currently playing out in court.

In December, Lamont’s Transportation Advisory Committee recommended tolling both cars and trucks, as well as “adjusting” the gasoline tax and creating a state Transportation Authority.

The tolling issue will be a contentious one. During the 2017 legislative session, bills authorizing tolls on Connecticut highways were met with public backlash and none were put up for a vote in the House.

The most recent tolling study released shortly after Connecticut’s state election proposed installing 82 tolling gantries on all of Connecticut’s highways, including Routes 8, 15, 9 and 2.

According to the study, Connecticut commuters would be charged a reduced rate, but trucks would pay upwards of 47.2 cents per mile.

ATRI reports that trucking industry jobs account for 1 in 25 jobs in the state of Connecticut, with 8,210 trucking companies located in the state. ATRI says those companies are “primarily small, locally owned businesses.”

One of those businesses is Sasser Trucking, LLC in Stamford. Patrick Sasser, who owns the company with his brother, says tolls would be a “death blow to small trucking companies in Connecticut.”

“We will have no choice but to pass the cost down to our customers. We can no longer handle these ridiculous taxes that continue to cripple us every year,” Sasser said.