Malloy Gets His $10 Million Tolls Study 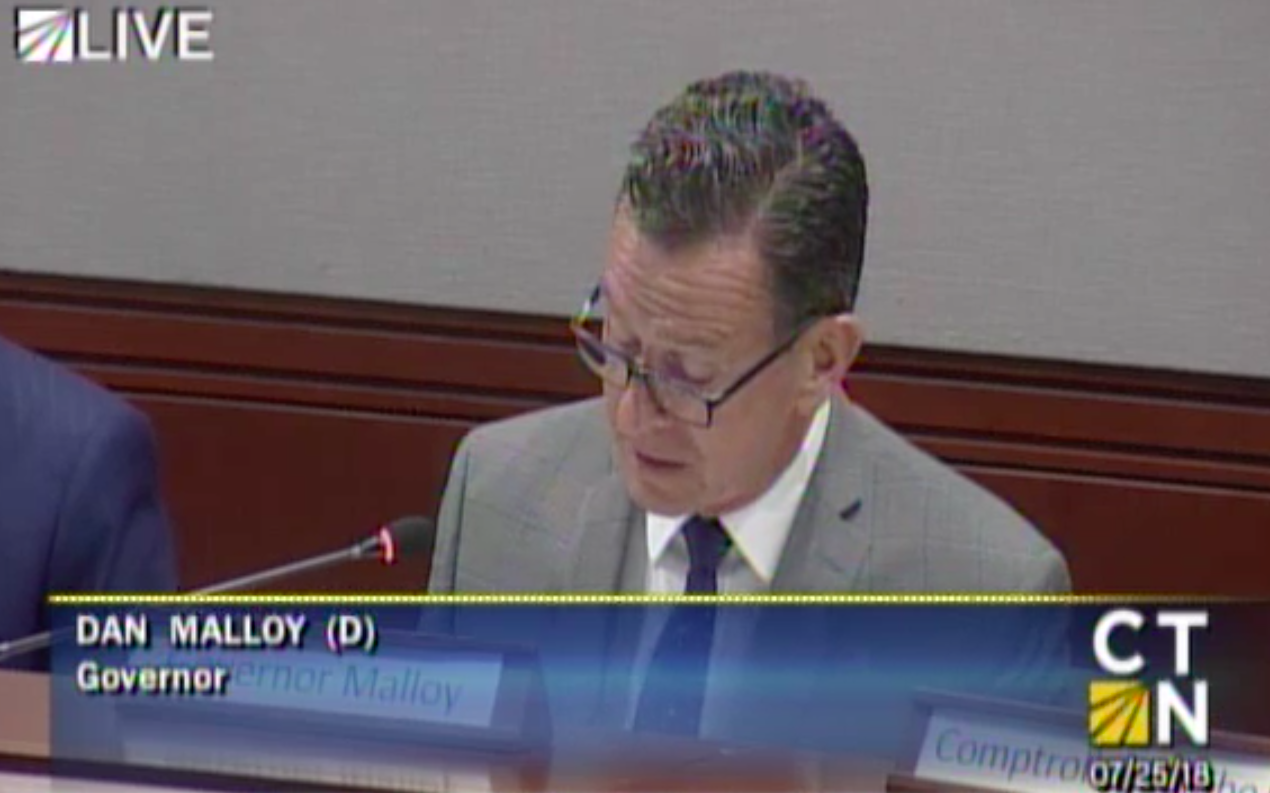 Gov. Dannel Malloy’s $10 million bond for a new study on tolls sailed through rough waters during the Bond Commission meeting today, but ultimately the governor had his way.

The tolling study was wrapped into a $255 million bond, which included money for highway and bridge repairs, and aid to towns for road work. The measure passed 6-3, with State Treasurer Denise Nappier abstaining.

Rep. Chris Davis, put forward a motion to remove the tolling study from the transportation bond, sparking off a lengthy discussion between the governor, Sen. L. Scott Frantz, R-Greenwich, and Davis, with further comments from Attorney General George Jepsen, and Department of Transportation Commissioner James Redeker.

Frantz said the tolling study “failed in the legislature and failed miserably.”

“What we have heard time and time again from our constituents,” Davis said, “is they have no desire to have a tolling study.”

Davis questioned whether the governor had the authority to issue the executive order, but Attorney General Jepsen confirmed Malloy’s legal standing.

The legislature considered a number of tolling bills throughout the 2018 session, including a bill for another tolling study, but ultimately a vote was never taken.

Malloy — a long time supporter of tolls — picked up where the legislature left off by forcing the study through executive order.

In his comments, Malloy said he worried “some in modern-day Connecticut are subscribing to their own know-nothing movement.”

“They’re choosing to reject new information, to decide proactively to know less, to limit the scope of their options before even fully understanding what those options truly are,” Malloy said.

In a rare break from the governor, State Comptroller Kevin Lembo voted against the measure, Lembo previously stated the issue should be resolved in the legislature, rather than done through executive decision.

Ultimately, however, the motion the attempt to removed the tolling study failed.

This is not the first study on tolls in Connecticut. In 2015, CDM Smith published a study which included estimates and recommendations for the number of tolls, prices, and locations on Connecticut’s highways.

Malloy has said the new study will provide information so lawmakers can make informed decisions, but the primary complaint during the 2018 session was that some lawmakers wanted to authorize tolls — or in some cases a transportation authority with the power to install tolls — without a specific plan to be voted on.

Other critics have noted the governor is borrowing $10 million to study tolls while some social service programs face cuts due to Connecticut’s ongoing budget crisis.

But the $10 million tolling study is sure to please some supporters in the construction industries, who have been pushing for more state infrastructure spending.

Don Shubert, head of the Connecticut Construction Industries Association, has testified in support of tolls and encouraged members to attend the Bond Commission meeting to support the governor’s study.

Gov. Malloy is not running for reelection. The results of the study will be left to a future governor and legislature.

This article was amended to add further comment from Gov. Malloy