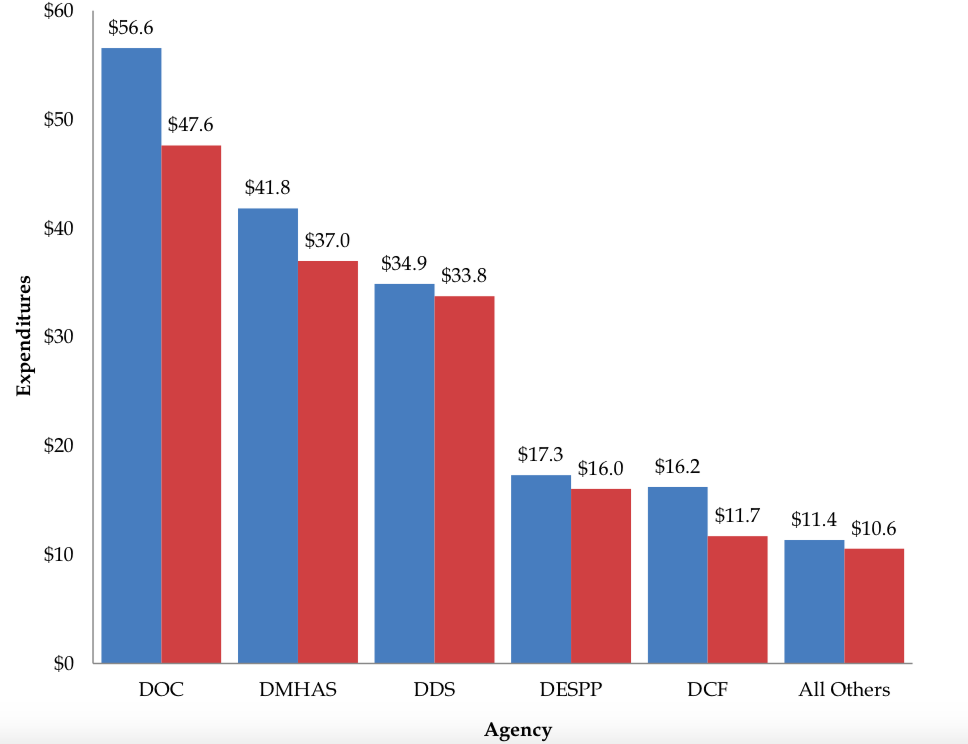 State employees at the Connecticut Department of Emergency Services and Public Protection were granted overtime pay for normal hours and improper worker’s compensation benefits, according to a recent audit of the department.

The auditors, who reviewed department financials from fiscal years 2012, 2013 and 2014, highlighted “deficiencies in internal controls” and “noncompliance with legal provisions” as two areas of concern.

The two major errors found by the auditors — the misappropriation of overtime pay and miscalculation of worker’s compensation claims — potentially hold significant consequences for Connecticut taxpayers.

One-third of the Maintenance and Service employees sampled by state auditors received time and a half pay while still working less than 40 hours in a week, contrary to state’s collective bargaining agreement.

The most recent overtime spending report from the Office of Fiscal Analysis showed DESPP overtime payments increased by $1.3 million between third quarter 2017 and third quarter 2018. The department also has 76 less employees than 2017.

DESPP agreed with the auditors findings regarding overtime pay and noted they have “taken corrective action by creating audit reports to identify and ensure overtime payments are in compliance with the [union bargaining unit] NP-2 contract.”

Auditors also found that half of the sampled worker’s compensation claims reviewed by auditors “did not calculate [the] employee’s workers’ compensation wages in the manner prescribed by” the Department of Administrative Services.

DAS’ approved formula for calculating worker’s compensation wages is the average of the applicant’s last 52 weeks of work prior to injury pursuant to various exceptions enumerated in Connecticut law.

The miscalculation of wage rates for worker’s compensation applicants puts additional pressure on state finances at a time when budget outlays are increasingly exorbitant.

The department’s failure was ascribed to “the automated DAS workers’ compensation report” which, ostensibly, “did not provide accurate results.”  Auditors recommended that the department “implement control procedures to ensure compliance” with official worker’s compensation regulations.