On A Side Note: The Victory Lap that Wasn’t

One can almost picture Gov. Malloy’s office last Wednesday when they got news Connecticut had actually made economic gains during the third quarter: A young staffer comes running down the hall waving a print-out in his hand like he’s about to yell “stop the presses!” and breathlessly delivers the news that, finally, Connecticut’s economy was showing signs of life.

The governor’s press office jumped into overdrive, sent out a press release, and the media took it up and 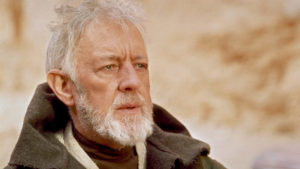 ran… straight to economists like Peter Goia and Donald Klepper-Smith who calmly waved their hand Obi-Wan Kenobi style and said, “these aren’t the gains you’re looking for.”

But this was no Jedi mind trick. Despite the Commerce Department’s report that Connecticut’s economy had grown 3.9 percent during the third quarter, the state’s economy has actually shrunk over the past year.

Connecticut’s Gross State Product was down 1.23 percent on a cumulative year-to-date basis, according to figures from both the Commerce Department and the Bureau of Economic Analysis. And this includes that “big” third quarter bump.

But, let’s face it. This was the first piece of good economic news Connecticut received in a long time. Those who pay enough attention know the numbers: Connecticut has only regained 74 percent of the jobs lost during the recession ten years ago and — despite being taxed every which way but loose —Connecticut is perpetually broke, personal income growth has stagnated, and people are moving to other states.

Even those who don’t pay attention to the numbers know something is wrong. Their friends and family are moving. The national media is talking about an economic boom yet nothing appears to be growing in this state and there isn’t any extra money in their pocket.

So Malloy attempted a victory lap which ran out of breath halfway around the track. You can’t really blame him for trying. After eight years as captain of the Titanic, he’s probably looking for anything to bolster his legacy.

Some have pointed out this last quarter’s bump was Connecticut playing catch-up with the rest of the nation, which is growing considerably faster. It is worrisome that our state is in such a position that news the state economy has shrunk less than forecasters predicted would be cause for celebration.

A headline from the Wall Street Journal will help illustrate why Connecticut should be worried: Bankers at Davos: Can Anything Stop the Good Times?

Yes, something can stop the good times. Good times never last forever. Remember just before the housing market crash in 2008 when everyone thought they were rich because their little 3 bedroom ranch was being assessed for $300,000?

If Connecticut’s economy can’t actually grow during the good times, it is going to be a disaster during the bad. Klepper-Smith constantly warns about the prospect of a recession. A stress test of Connecticut’s fiscal health showed that even a moderate economic downturn would be devastating for the state.

However, unlike the federal government, which can run year-over-year deficits, Connecticut has to balance its budget. The state can’t cut taxes until it reigns in spending, and it can’t do that until it makes some real structural reforms.

It may be tough, but Connecticut has to change the way it does business in order to climb out of this perpetual fiscal crisis.

If lawmakers can move fast and decisively, Connecticut won’t have to watch the good times pass by, while waiting for the coming storm.