“At this time, there is zero evidence that tolls would result in a profitable revenue stream for Connecticut,” Fasano said.

State Democrats have made the tolls part of their budget proposal. Their budget package would authorize the Department of Transportation to install electronic tolls on Connecticut’s highways. Although that doesn’t necessarily mean that construction would begin right away, House Speaker Joe Aresimowicz, D-Berlin, predicted the electronic tolls could be up and operational in 18 months.

Bringing highway tolls back to Connecticut has been floated as a way to deal with growing deficits in the Special Transportation Fund. The fund is projected to face deficits soon, and is troubled with costly projects, growing debt service payments and slower than expected growth from the gas tax. 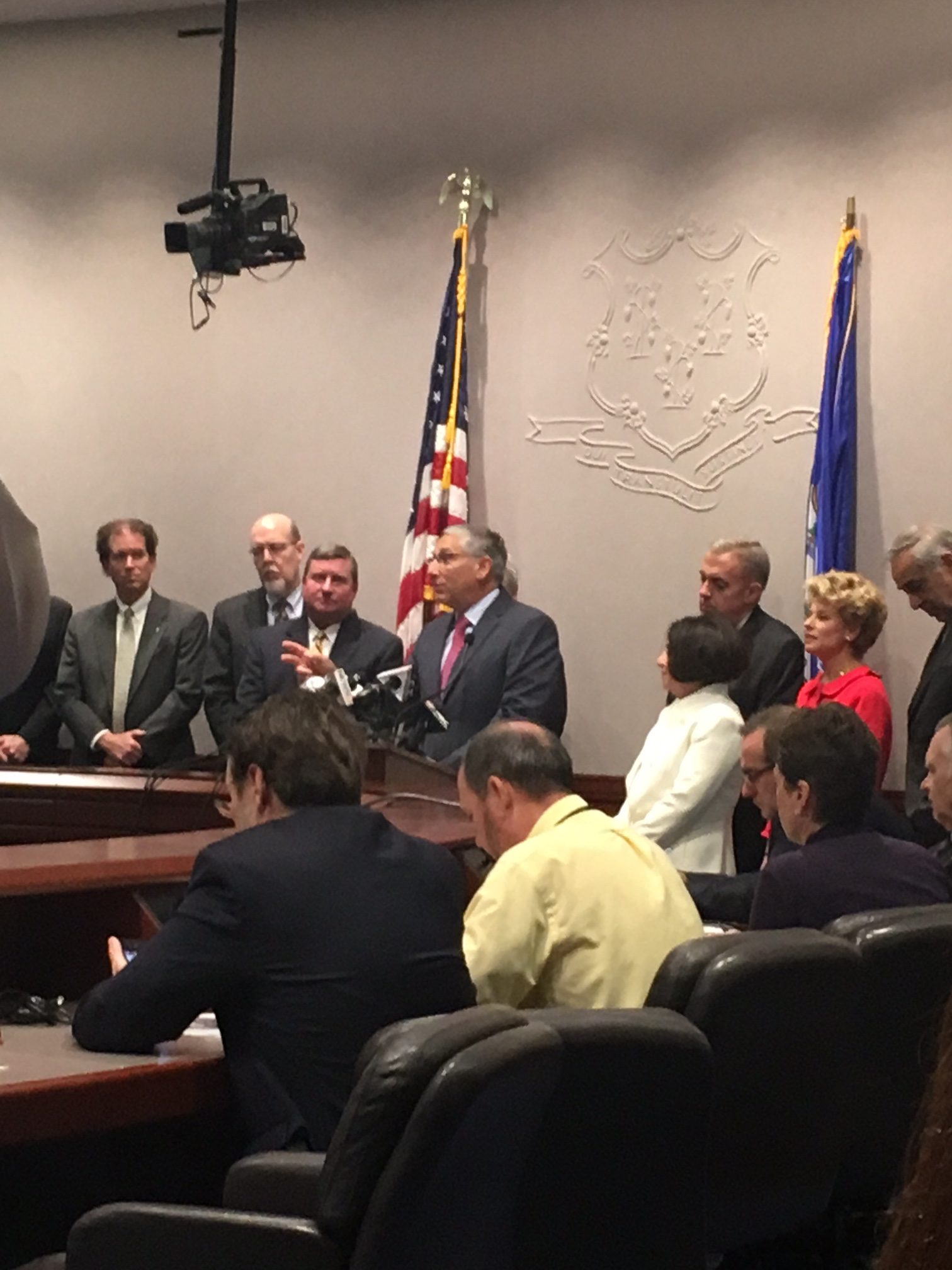 The Office of Policy and Management predicts the special transportation fund will face a $17.1 million deficit by June of 2017 and projects that deficits will continue for the foreseeable future.

Although revenue and funding of the special transportation fund is expected to grow in the coming years it will not be enough to keep up with the costs of the massive transportation projects Connecticut already has underway, including Gov. Dannel Malloy’s bus and railway projects and his 30 year, $100 billion “Let’s Go CT” infrastructure improvement project.

Fasano says at this point, there are no reports or studies that say tolling will actually bring in enough revenue. “We have no idea what the numbers are going to be, we haven’t talked to the DOT or the commissioner. We haven’t done any of this but we’re just going to go ahead and do it,” Fasano said, criticizing the Democrats’ plan. “Then you wonder why we have a $5 billion problem in the state of Connecticut.”

Part of the issue, according to Fasano, lies in the way Connecticut’s roads intersect. He pointed out that tolls on I-95 would mean more crowding on Route 15, and so on throughout the state.

“This is extraordinarily complicated,” Fasano said. “That modeling all has to be done before you even get to whether or not this is a good idea.”

He cautioned that much of the public thinks the tolls would only be at the borders but the electronic tolling being discussed at the Capitol is actually congestion tolling, which would affect Connecticut drivers commuting to and from work, rather than people entering and exiting the state.

Federal transportation funding is part of the issue surrounding the tolls. Connecticut could risk losing some of those federal funds depending on what kind of tolls are put on its highways and where they are located.

Sen. Toni Bucher, R-Wilton, said the Federal Highway Administration will not approve border tolls, but would not cut federal aid if the Connecticut used congestion pricing tolls within the borders of the state. “Therefore, any toll revenue would come from those traveling within Connecticut’s borders, directly hitting residents and businesses most.”

Fasano and the Republican senators were also joined by Joseph Sculley, president of the Motor Transportation Association of Connecticut and Carol Platt Liebau, president of Yankee Institute for Public Policy.

Sculley said that contrary to popular belief, interstate travelers and truckers do not get a free ride through Connecticut. MTAC estimates that Connecticut took in $30 million from fuel taxes and apportioned registration fees. The state also receives a larger amount of federal funding because it does not have tolls.

In her statement at the press conference, Liebau said that Connecticut residents must be assured that their money is being well spent before agreeing to pay more for infrastructure projects.

“Before lawmakers demand one more cent from Connecticut’s taxpayers — including through the use of tolls — we respectfully ask them first to ensure that they’re spending the money we’ve already entrusted to them wisely.”

By Marc E. Fitch April 15 , 2021 Transportation One Comment
Connecticut spends roughly $450 million out of the Special Transportation Fund every year to subsidize bus and rail operations, with…
Read More