Securing Our Future: A Menu of Solutions to Connecticut’s Pension Crisis 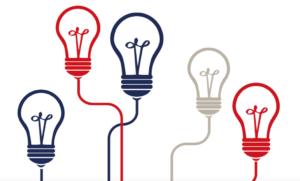 **For full charts, graphs and citations please download the PDF**

Letter from the Yankee Institute

This paper provides fresh research and actuarial analysis of solutions to the problem with the current pension system. It offers state lawmakers a much-needed opportunity to analyze the causes of this crisis, and to find a lasting solution that will set Connecticut on a better path for the future.

Pension adjustments in 2011 and the December 2016 agreement between Governor Dannel P. Malloy and the State Employees Bargaining Agent Coalition (SEBAC) are not sufficient to put the state on a more sustainable path. Rising pension costs in coming years will again require either further service cuts or higher taxes. This cycle must be stopped if Connecticut is going to move past this crisis.

Of particular concern is that Connecticut’s pension governance structure is much different than those of most other states. Taxpayers and their closest representatives – lawmakers in the state’s General Assembly – have been largely cut out of the decision making process. Instead, the executive branch and government unions set pension benefits for years through the collective bargaining process. Also problematic is a pension board that lacks truly independent voices and balanced taxpayer representation.

To avoid perpetuating the current crisis, any reforms to the pension system must include two equally important elements: changes to how current benefits are set and paid for; and changes to what benefits future employees are offered.

Note: The complete report includes an in-depth analysis of the problems facing SERS today, how these challenges emerged politically and economically, and what steps Connecticut can take to meaningfully address the need for pension reform.

There are several challenges confronting Connecticut’s State Employee Retirement System (SERS): (1) the pension plan’s assumed rate of return has significantly overestimated investment performance and continues to be unrealistic; (2) actual contributions have consistently been less than actuarially recommended rates; and (3) the long-term actuarial experience of the plan has not matched the actuaries’ estimated costs. Each year that new state employees are enrolled in this plan, future problems accrue.

Some changes have been adopted in an effort to address Connecticut’s pension problems. A December 2016 collective bargaining agreement between Governor Malloy and the State Employee Bargaining Agent Coalition (SEBAC) recommended the lowering of the assumed return to 6.9%, a positive step that will reduce at least some risk. However, on its own, this and the other changes adopted in the SEBAC agreement are not enough to ensure the state breaks out of the cycle of unfunded liability growth — the new targeted rate of return remains unreasonably optimistic and the governance problems for how funding policy is determined remain.

The SEBAC agreement also increased the total amount Connecticut taxpayers will pay to provide retirement benefits to public workers by stretching out payments on certain unfunded pension liabilities over an extra 14 years. The process of shifting debt onto the shoulders of taxpayers in the 2030s and 2040s will cost at least an extra $8 billion to $9 billion in interest payments, even without adjusting for the plan’s unrealistic assumptions, which significantly understate the amount of existing pension debt. What’s more, the agreement did nothing to reform the benefit design of the current system — the feature that is undermining the solvency of the whole enterprise.

This paper provides a comprehensive look at a range of policy options for Connecticut lawmakers to consider if they are serious about enacting real pension reform that stops the long-term growth of unfunded liabilities for SERS.

Potential improvements to the existing pension plan include:

Certainly, meaningful pension reform in Connecticut must improve the funding policy for the existing plan and adjust the benefit design to improve the solvency of SERS. But — of equal importance — Connecticut must resist any temptation to enroll new hires into the existing, broken system. A more sustainable plan design for new hires could adopt any of the following forms:

Finally, pension reform for Connecticut must also include reforms to the governing structure for SERS. Potential adjustments include changing the management system so parties with the greatest liability — currently the taxpayers — have increased input in funding policy decisions, and reforming the process for determining contribution rates so employees and retirees share in the downside risk associated with funding policy.

The circumstances that have brought about the current crisis facing SERS are numerous, but they are not unique to Connecticut. Many pension systems across the country have faced similar problems and have responded in a manner similar to SERS. The following are the largest contributors to the crisis SERS faces today:

There is a range of potential adjustments to SERS, both to address the existing challenges and to prevent new problems from emerging. The roster of reform ideas often requires considering tradeoffs between risk, short- term costs, and long-term costs. Thus, any given proposal or set of ideas should be considered in the context of a framework for good pension reform. We propose the following six objectives as a set of benchmarks against which to measure any SERS reform plan: