What does your town spend per person? 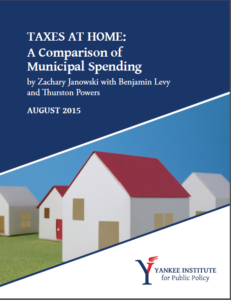 Nearly half of the taxes paid by Connecticut residents are property taxes, yet many local officials don’t know how spending in their town compares with spending in other towns.

Today, the Yankee Institute released a study, Taxes at Home: A Comparison of Municipal Spending, that will help residents and local officials begin to make these comparisons.

Taxes at Home also includes an in-depth look at four of the highest-spending towns and attempts to explain the variation in spending. We hope this study will be helpful to the residents of other Connecticut towns, as they examine local expenditures more closely.