As the Bush tax cuts become a central issue of the midterm elections, more and more people are asking why President Obama, in refusing to extend them for “the rich,” has defined the upper income limit for middle class singles as $200,000 and for families as $250,000?

The U.S. Census Bureau breaks down reported household income into quintiles (five divisions). In 2007, the income range for the middle quintile was $36,000 to $57,660. If we want to define middle class more broadly and include all three middle quintiles, the upper range still only goes up to $91,705 — just 36% of President Obama’s limit. 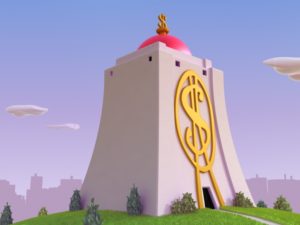 Some television news anchors have recently commented that $250,000 a year does not go very far in New York City or West Los Angeles. Putting aside the issue of whether it makes sense to define “middle class” by what it takes for some people to live comfortably in Manhattan or Beverly Hills, a study co-authored by Princeton psychology professor and Nobel laureate Daniel Kahneman, recently published in the Proceedings of the National Academy of Sciences, finds that the impact of income on lifestyle satisfaction peaks at $75,000, almost regardless of the local cost-of-living.

If this figure is not a practical definition of a middle class income, what is?

Could it be the president really wants to exempt families making $250,000 and under because he thinks they will stimulate the economy by spending all their income? While the relationship between income level and savings rate has always been a contentious issue among economists, few doubt that those making $250,000 will in fact save a much greater proportion of their earnings than a family in the upper range of any honest definition of middle class.

The president himself suggests that the $200,000/$250,000 cutoff is motivated by deficit concerns, that increasing taxes on the top 2% will save the Treasury $700 billion over 10 years.

But the same congressional assumptions that produce this number also say his plan as a whole would increase the deficit by over $3 trillion.

In trying to fathom an economic rationale for stretching the definition of middle class income to $200,000/$250,000, some go back to the 2008 presidential campaign, when then-candidate Obama promised that no individual or family earning up to these amounts need to worry about tax increases from his administration.

But this retrospective look only begs the question. How did candidate Obama come up with these upper limits in the first place?

The answer does not become obvious until we recall something the late Irving Kristol observed in his 1995 book on “Neo-conservatism.” He detailed the rising political power of what he called a “new class” of highly educated workers: “scientists, teachers and educational administrators, (therapists), those lawyers and doctors who make their careers in the expanding public sector, city planners (and) the staffs of the larger foundations.”

Kristol conceded that these well-paid professionals are necessary in a modern capitalist society, but warned that a majority do not sympathize with the values of capitalism. Their incomes tend to flow from seniority-related salaries and fees, not from performance bonuses, stock options, or capital gains.

And their educational backgrounds make them more comfortable being governed by credentialed bureaucrats (like themselves) than by elected officials or the hidden hand of a free market.

Today the cream of Kristol’s “new class” has morphed into the controlling elite of the Democrat Party: the regional leaders of teacher and other public employee unions, tenured professors at Ivy League colleges, high-level federal and state employees, directors of prominent environmental and other left-leaning think tanks, politically-connected lobbyists, attorneys, and consultants.

Interestingly, this group fares quite well under the president’s proposed $200,000/ $250,000 exemption from higher taxes.

This is not to suggest that the earnings potential of the “new class” is capped at $250,000. But much of the compensation beyond this level is either psychic — a job title conveying intellectual and moral superiority to the rest of us, the regulatory authority to impose one’s beliefs — or is conveniently non-taxable.

President Obama likes to argue that his targeted tax cut is designed to make the most affluent Americans assume their “fair share” of the nation’s obligations. On closer inspection, it really seems designed to exempt the liberal elites who define those obligations from as much of the burden as possible.

Andrews is the senior policy analyst at the Yankee Institute in Hartford, Conn.

*This article originally appeared in Investor’s Business Daily on September 17, 2010